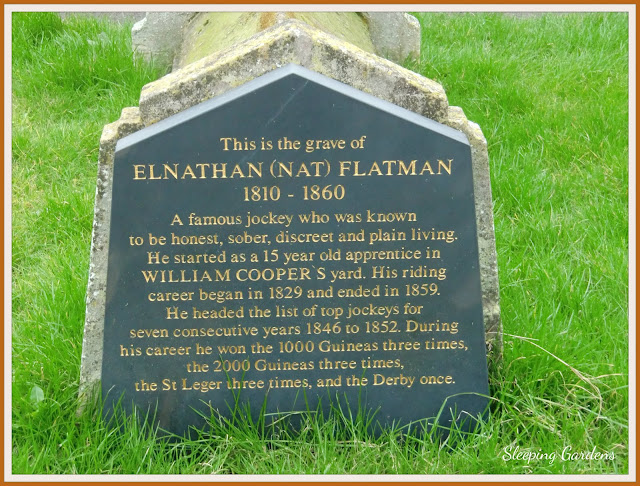 This is the grave of
Elnathan ~ Nat ~ Flatman
1810 ~ 1860
A famous jockey who was known
to be honest, sober, discreet and plain living.
He started as a 15 year old apprentice in
William Cooper's yard. His riding
career began in 1829 and ended in 1859.
He headed the list of top jockeys for
seven consecutive years 1846 to 1852. During
his career he won the 1000 Guineas three times,
the 2000 Guineas three times,
the St.Leger three times, and the Derby once. 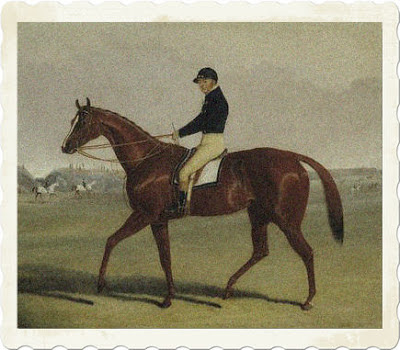 With the Horse Racing town of Newmarket just half an hour away, I decided to visit the Churchyard of All Saints and the Cemetery there.
So it only seems fitting that my first post from this town should be that of a Champion Jockey.
Elnathan 'Nat' Flatman b. 1810 ~ d.1860 was a British Champion Flat Racing Jockey who began his career as an apprentice at the age of fifteen. By 1840 he was dominating British Racing by winning the Champion Jockey title thirteen years in a row.
During his thirty four year career, he won many important races in England including ten Classics.
In France he was often listed as Edward Flatman and he competed in several major races there. He had three wins in the most prestigious race in France, the Prix du Jockey Club and two wins for filly's in the Prix de Diane.
Nat Flatman retired from racing in 1859 and died the following year and is buried in the Churchyard of All Saints Church.

During his career, Flatman had his portrait painted several times by Artists such as the Equine artist Harry Hall and John Frederick Snr. After his death the town named a Street in Nat Flatman's honour. 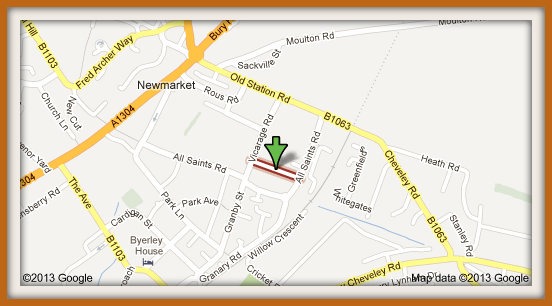 Posted by Taphophilia Catafalque at 15:00