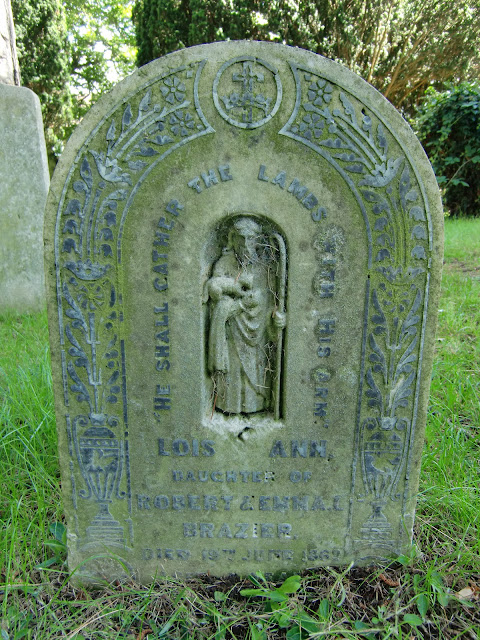 He Shall Gather The Lambs With His Arm

I think the lead work on this beautiful little headstone is amazing, not just because it's so delicate but also for its incredible endurance over the years. ﻿ 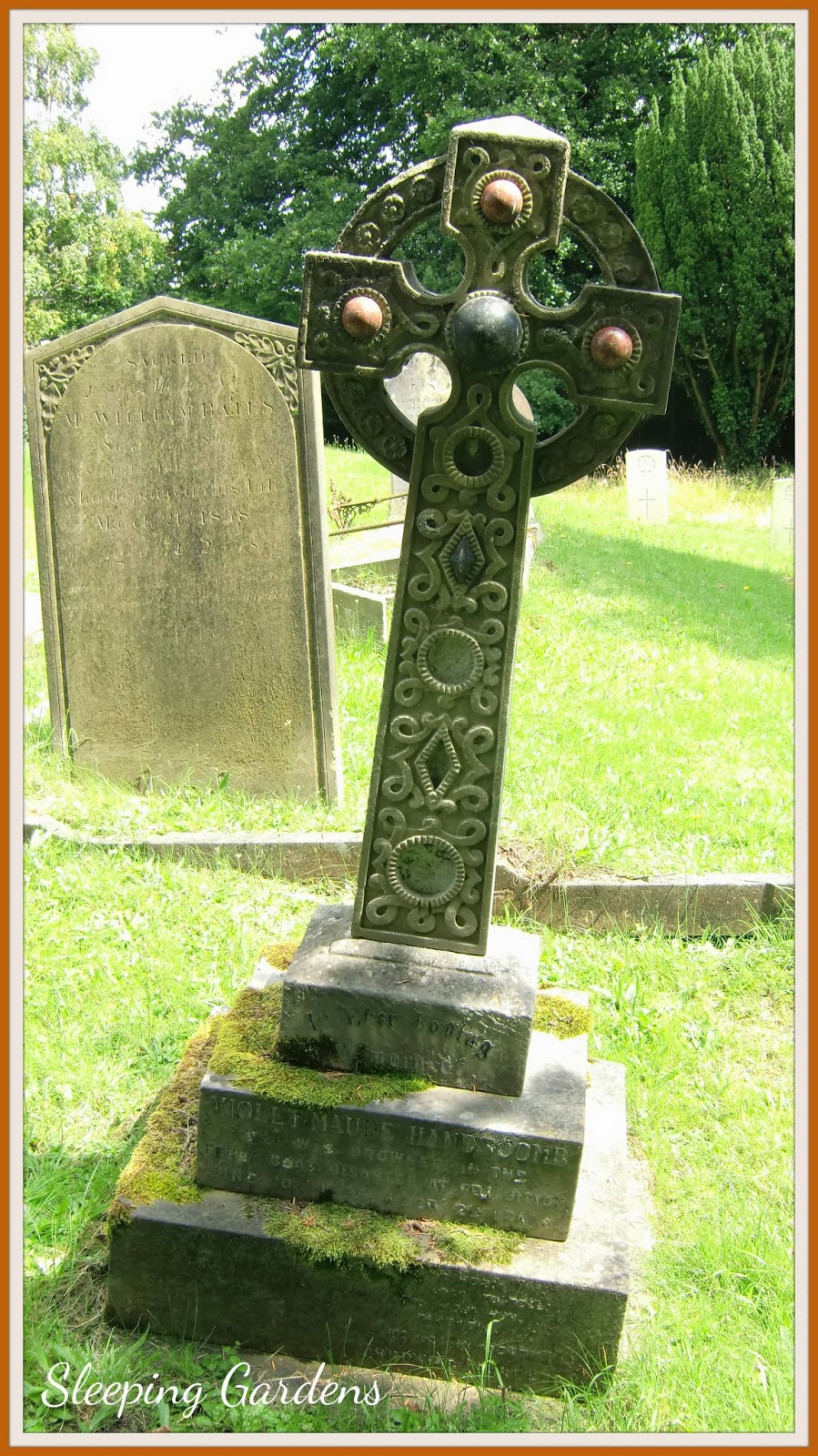 The Ferry boat tragedy occured when some drunken undergraduate students attempted to climb aboard the already full 'Plough Ferry' at Fen Ditton shortly after the May boat races had taken place in nearby Cambridge.
As the ferry overturned, Violet was one of three women who drowned and lost their lives that day.

Today the River Cam appears to be a relatively tame and easy river to cross, but in Edwardian times it was wider and shallower and edged by fen and bog, making it extremely hard to cross. Wagons, livestock and pedestrians used the ferries to traverse the river at this time. 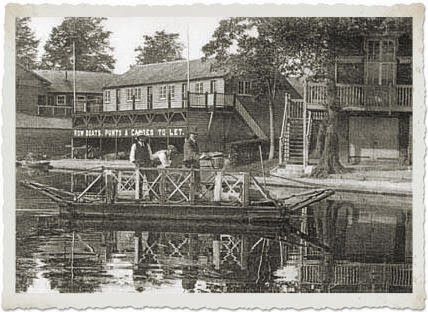 Today there are many bridges crossing The Cam in Cambridge, but apart from the Great Bridge ~ the origin of the City's name and more commonly known as Magdalene Bridge ~  most river crossings before the Edwardian period required a ferry, of which there were several.

Bate's Ferry on the site of Victoria Bridge: a ferry by the Fort St. George ~ replaced by a footbridge in 1927.
Dant's ferry replaced by the Cutter ~ Pye ~ footbridge, between Pembroke and Emmanuel Boat Houses.
Horse Grind ferry at Chesterton by the Green Dragon pub.
B.Jolley's ferry from the Pike and Eel pub.
Ditton Plough ferry.
All of these were known as 'Grind' ferries, because they were pulled across by a chain wound by hand. The Horse Grind ferry was unusual in that the grind was powered by a horse.


Posted by Taphophilia Catafalque at 10:12 4 comments:

Surgeon of the Parish ~ Linton, Cambridge 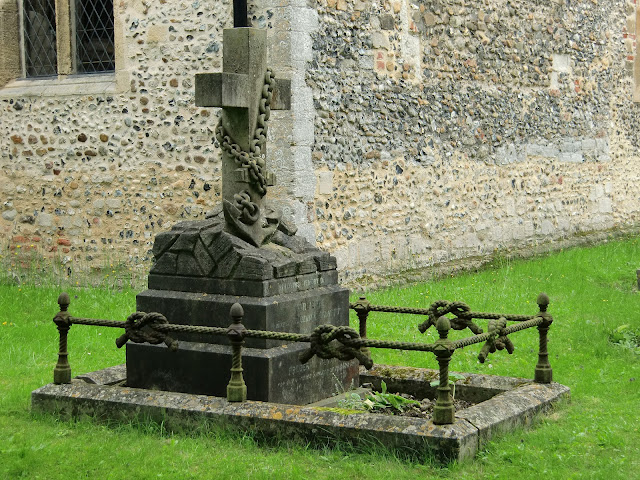 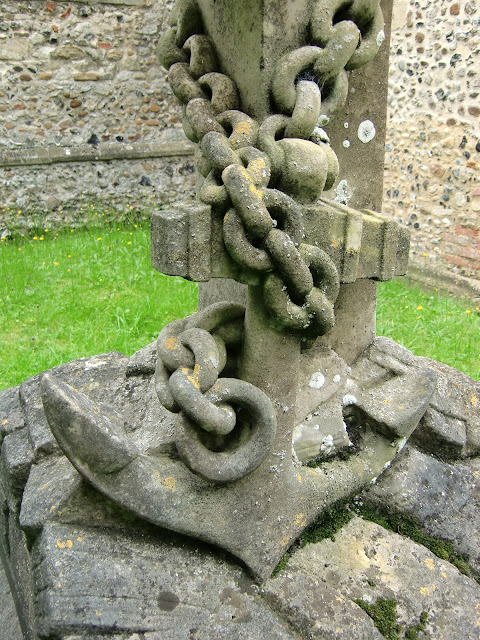 So I Googled Frederick Bennett's name and occuption and approx year that he would have been practicing and discovered the following information:

Frederick Bennett, a surgeon in England. ~as on his sons marriage certificate~
His son Frederick Henry Bennett b ABT 1848,at Islington,Middlesex, a wine Merchant, married 12th May 1877 in the parish of Woodford, Essex to Emma Baker b.ABT 1845.
Their children, Frederick George and Agnes M. B.ABT 1880 ~twins~, Sydney Harmond b 1882 and John Henry b.1881. The boys and their mother Emma immigrated to New Zealand in 1913.

I then contacted Sally Riches in New Zealand who had posted this information, offering her my photo of the headstone and to see if she had any photographs of Frederick or Harriette, she wrote back to say:

What a nice surprise to get your message 7 yrs after posting my one.

I would love to have a photo of the headstone. Frederick Bennett was my mothers great grandfather. I was always wanting to trace his medical background as early census listed his occupation as a chemist and then it changed to surgeon.

Most of the information I have is taken from the census records 1851-1891, but missing the family in 1861.    Frederick Bennett was born in 1818 in Wantage, Berkshire, son of John Bennett who was also a chemist. By 1851 Frederick was working in Clerkenwell as a chemist/drugist, then his occupation changes to Surgeon in London in 1856.
We lose his and his families whereabouts until 1871 when he appears as surgeon in Linton, Cambridge where he lives till his death in 1896 of Senile Decay.

He married Harriette Bennett n May 15th 1847, daughter of George Bennett, Gentleman. She was born in Ullington, Gloucestershire.,

He and harriette had 3 children,
Frederick henry b.1848 who married Emma Baker in 1877 and became a Wine Merchant, they had 3 sons and 1 daughter
Harriette Georgiana b.1850 who married John Holt Moxon of Rugeley, Staffordshire and had 6 daughters and 1 son
Fanney b.1856
We are related to his son Frederick Henry Bennett and his son Sydney Harman Bennett.

We have no photos of him.

Many thanks for filling in some of the history Sally.