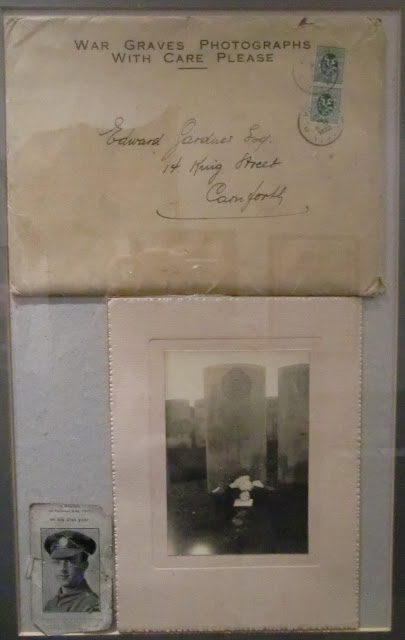 We recently visited Carnforth Railway's Heritage Centre in Lancashire,
where this display was exhibited in honour of the local men
who had fought in the Great War. 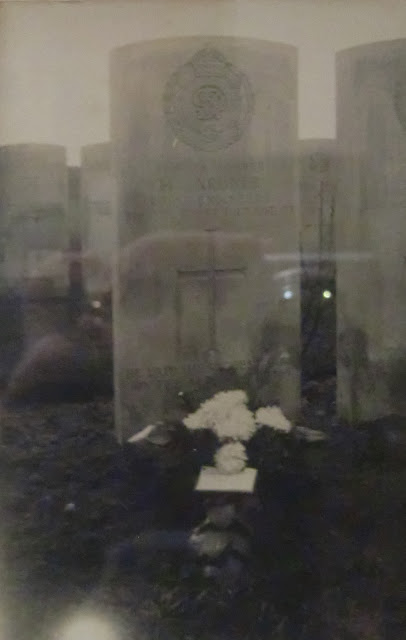 Henry Gardner was killed in an enemy Air Raid on 31st October 1917 in Belgium
during the First World War. His grave is in the Solferino Farm Cemetery, Ieper West~Vlaanderen. He was a Sapper, official number 265578 in the Army with the 22nd Light Railway Operating Coy, Royal Engineers. He died in his 21st year and was the son of Edwar and Ann Gardener of 14 King Street, Carnforth, Lancashire. 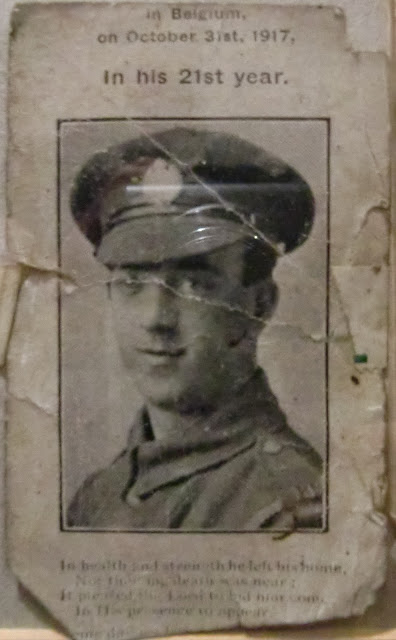 A photograph of Henry's War Grave was sent to his Father. 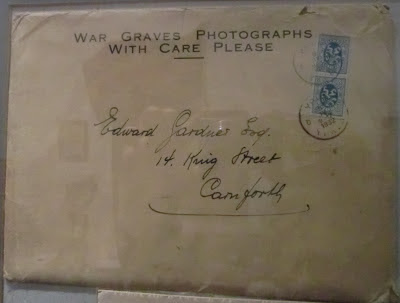 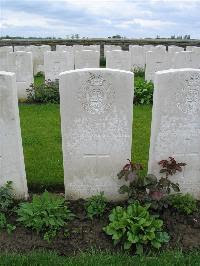 Photograph by War Graves Photograph volunteer: Rudy van Kerckhoven
Henry's name appears on the Role of Honour on the War memorial,
opposite the Railway station 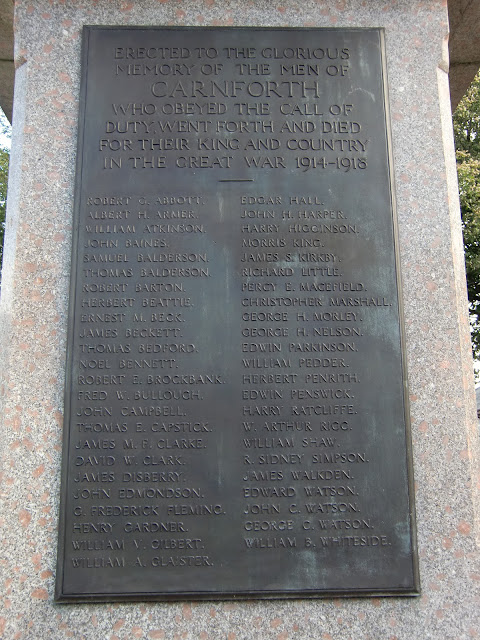 Posted by Taphophilia Catafalque at 11:57 No comments:

The following story comes courtsey of SKY News, related videos and the Funeral Directors comments on the removal of the Headstone may be seen by clicking on the bold script.
The late TV star's headstone is to be sent to landfill after its removal from a cemetery by his family amid new sex abuse claims.

Police investigating sexual abuse allegations made against Sir Jimmy Savile say they are pursuing 120 leads going back 50 years. Sky's Katie Stallard reports.
Sir Jimmy Savile's gravestone is going to be broken up and dumped after being removed from a cemetery in Scarborough amid new sexual abuse claims.
Scotland Yard says up to 25 young girls were allegedly targeted by the late television star over a period dating back to 1959.
His family said it took the decision to remove his headstone, which bears Savile's image and lists his accomplishments, as a mark of respect to others buried in the cemetery. It had only been in place for three weeks.
"(We) are deeply aware of the impact that the stone remaining there could have on the dignity and sanctity of the cemetery," a statement released on behalf of the family said.

"Out of respect to public opinion, to those who are buried there, and to those who tend their graves and visit there, we have decided to remove it."
Scarborough Borough Council said the work was carried out shortly after midnight - ahead of the scheduled time of 7.30 on Wednesday morning - to minimise disruption and potential vandalism. Police shut the gates of the cemetery as it took place.
Despite making the request, his family did not know it would be removed under the cover of night and the decision to do it then was made by the council and funeral directors.
The elaborate tombstone has been taken to a stonemason's yard in Leeds where the inscription will be ground down. It will then be broken up and sent to landfill.

The grave, in which Savile was buried at an angle so he could "see" Scarborough Castle and the sea, will remain unmarked.
Funeral director Robert Morphet, who organised Savile's funeral in November last year and oversaw the dismantling of the headstone, said that once the family had come to terms with the outcome of various investigations they will make a decision as to how the grave should be marked in the future.
A number of memorials to Sir Jimmy have also been removed, including an inscription on the wall at Leeds Civic Hall in recognition of his charity work, and a street sign in Scarborough, North Yorkshire.

A plaque outside his home has already been defaced.

Scores of sexual abuse claims against Sir Jimmy have been made to the police and the NSPCC charity in recent days.
It follows an ITV documentary examining historic claims about the presenter's behaviour with children, which aired last week.
Commander Peter Spindler, head of specialist crime investigations at Scotland Yard, said the allegations span four decades, with information suggesting abuse was on a "national scale".
"At this stage it is quite clear from what women are telling us that Savile was a predatory sex offender," he said.
Some 120 leads are being followed up by detectives, with five different police forces involved.

Police have so far recorded two allegations of rape and six allegations of indecent assault against the former Top of the Pops presenter. The youngest victim was 13 at the time of the alleged attack.
Mr Spindler said the first allegation dates back to about 1959 but most claims seemed to be from the 1970s and 80s.
Sky News' crime correspondent Martin Brunt said: "I think we now have acceptance by the investigators that the scale of this is truly big and growing."
Prime Minister David Cameron has hinted that Sir Jimmy could be posthumously stripped of his knighthood.


However, the move would require a change in the law as technically when the former DJ died last year the honour ceased to exist.

TV presenter and founder of the charity ChildLine, Esther Rantzen, is backing a petition to have him stripped of his knighthood, which if left unchecked, she said "taints the whole honours system".
In an interview with Sky News, Rantzen, who worked at the BBC alongside Savile, added: "From my point of view, [the revelation] absolutely wrecks the image of a charity fundraiser and the friend of royalty and the friend of a prime minister.
"For me now, I'm afraid, Jimmy Savile will be remembered as a predatory paedophile."


There have also been calls for Saville to have his papal knighthood removed - although as for the civil order it also ceases to exist after death. He was awarded this in 1990, the same year as he was knighted in the Queen's Birthday Honours.
A spokesperson for the Catholic Church in England and Wales told Sky News: "If the allegations prove to be true and the Church had known about it at the time, the papal knighthood would not have been awarded."
The NSPCC is urging anyone abused or harmed by Savile to speak out and contact them and the police.

The charity’s head of child protection awareness, Christopher Cloke, told Sky News: "We need to learn from these very, very tragic circumstances so we can better protect children today."

Posted by Taphophilia Catafalque at 23:15 No comments: