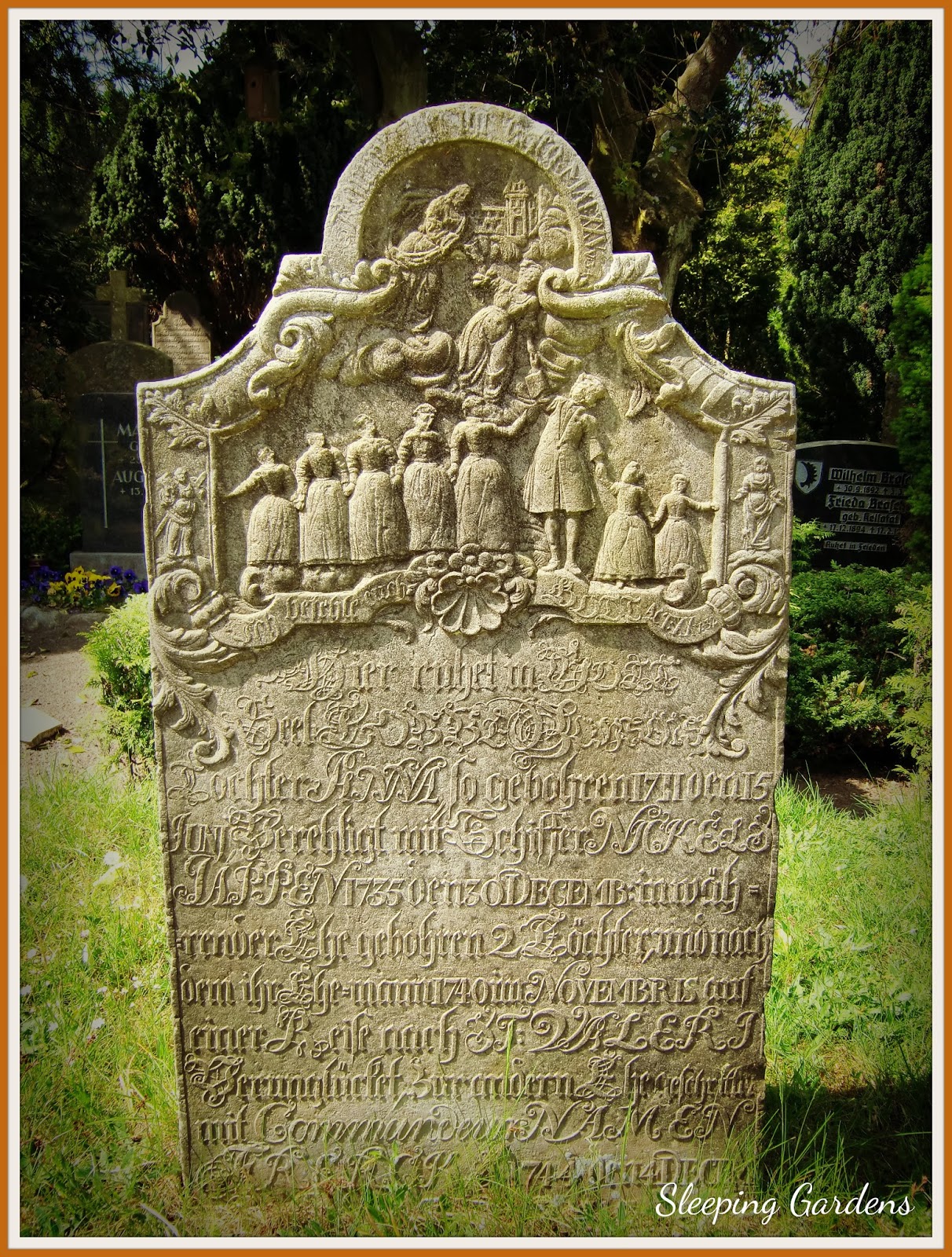 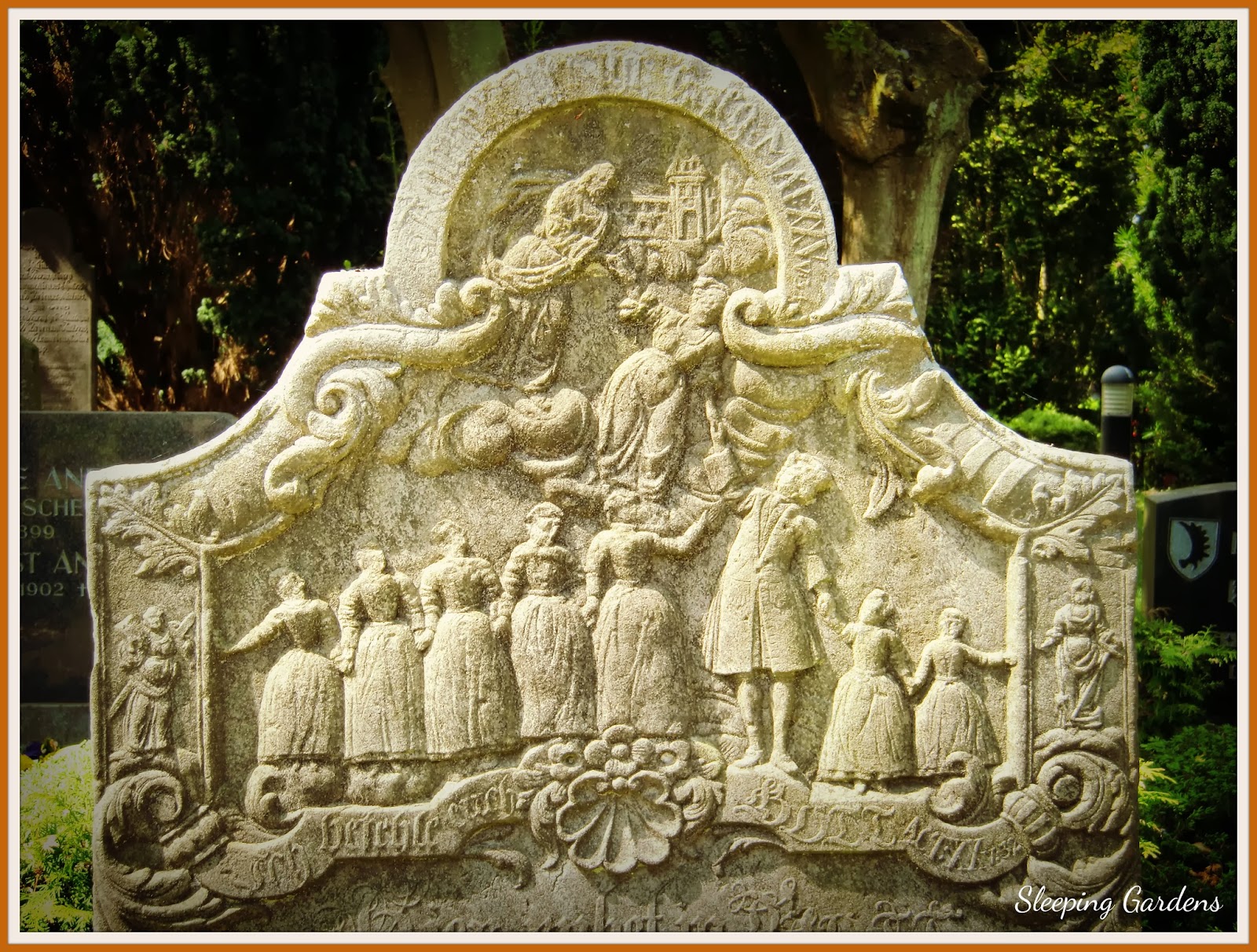 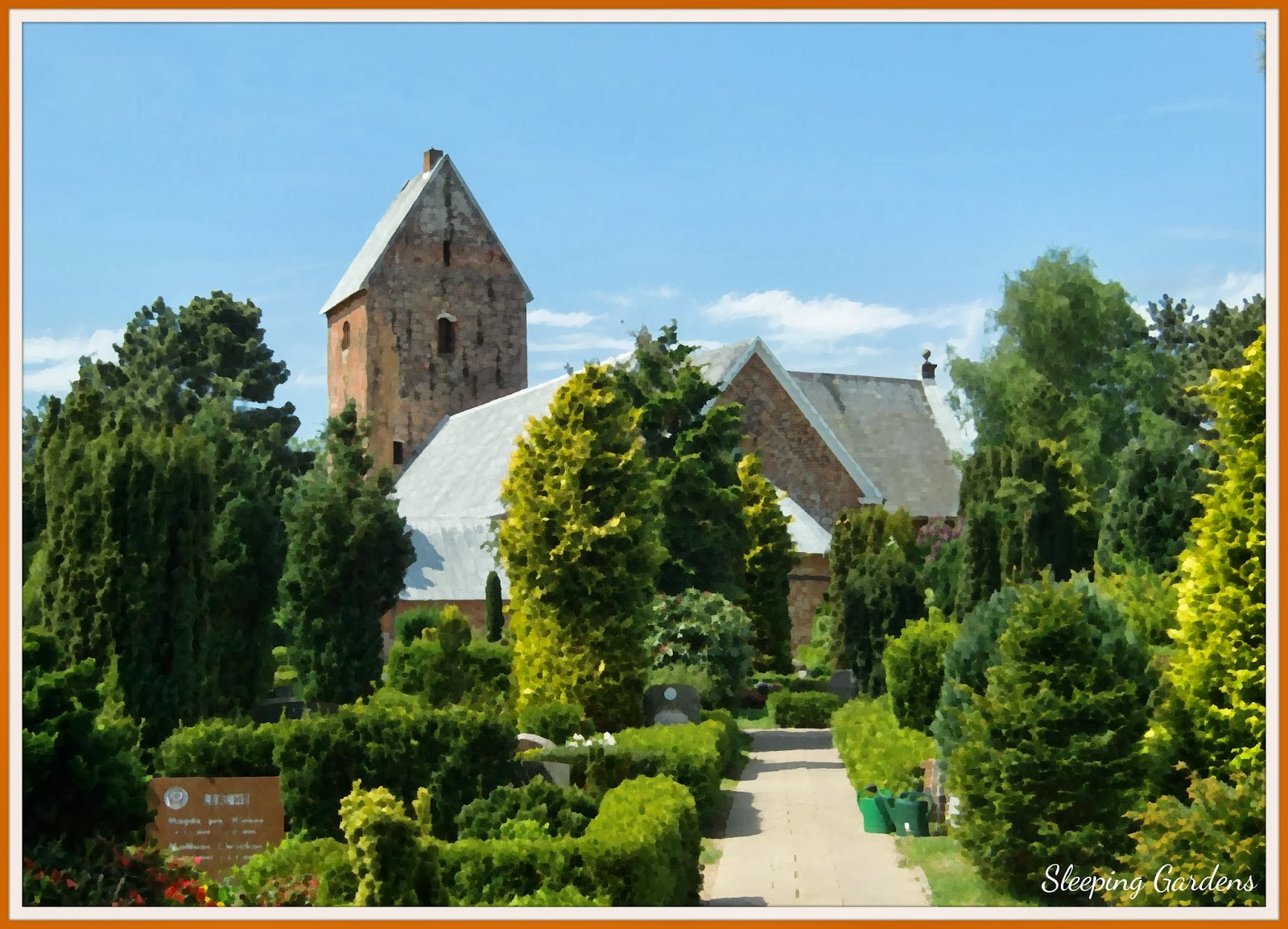 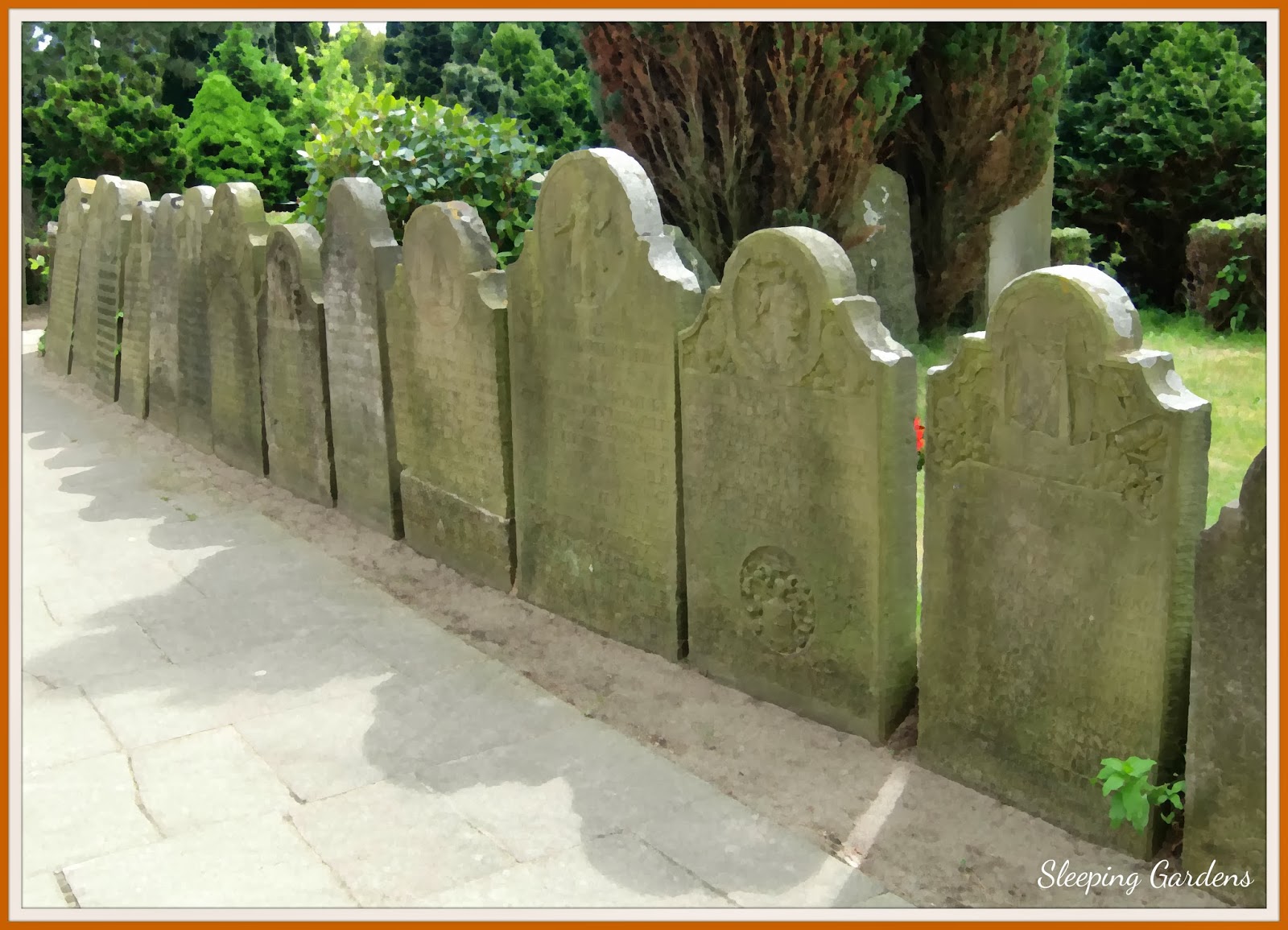 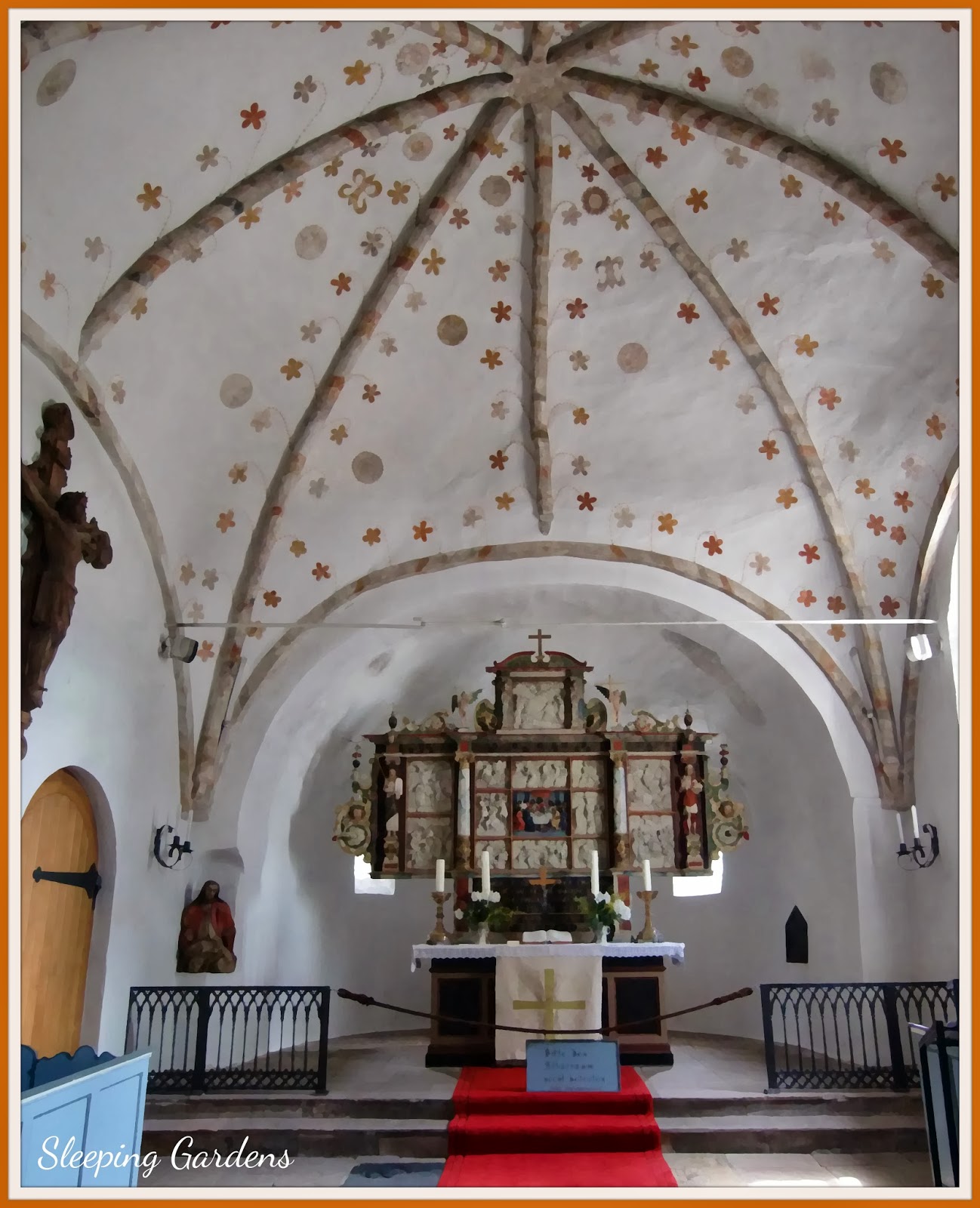 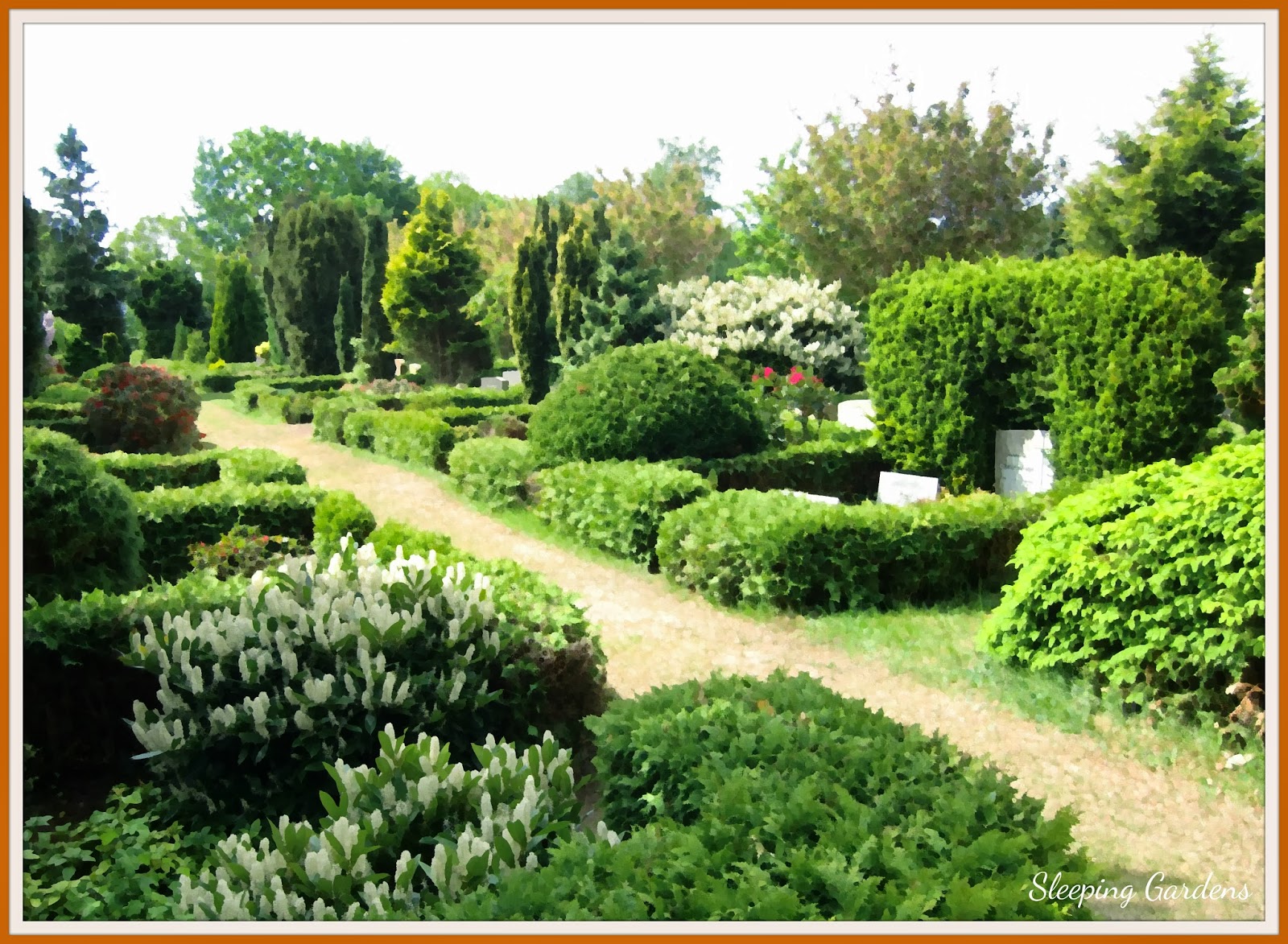 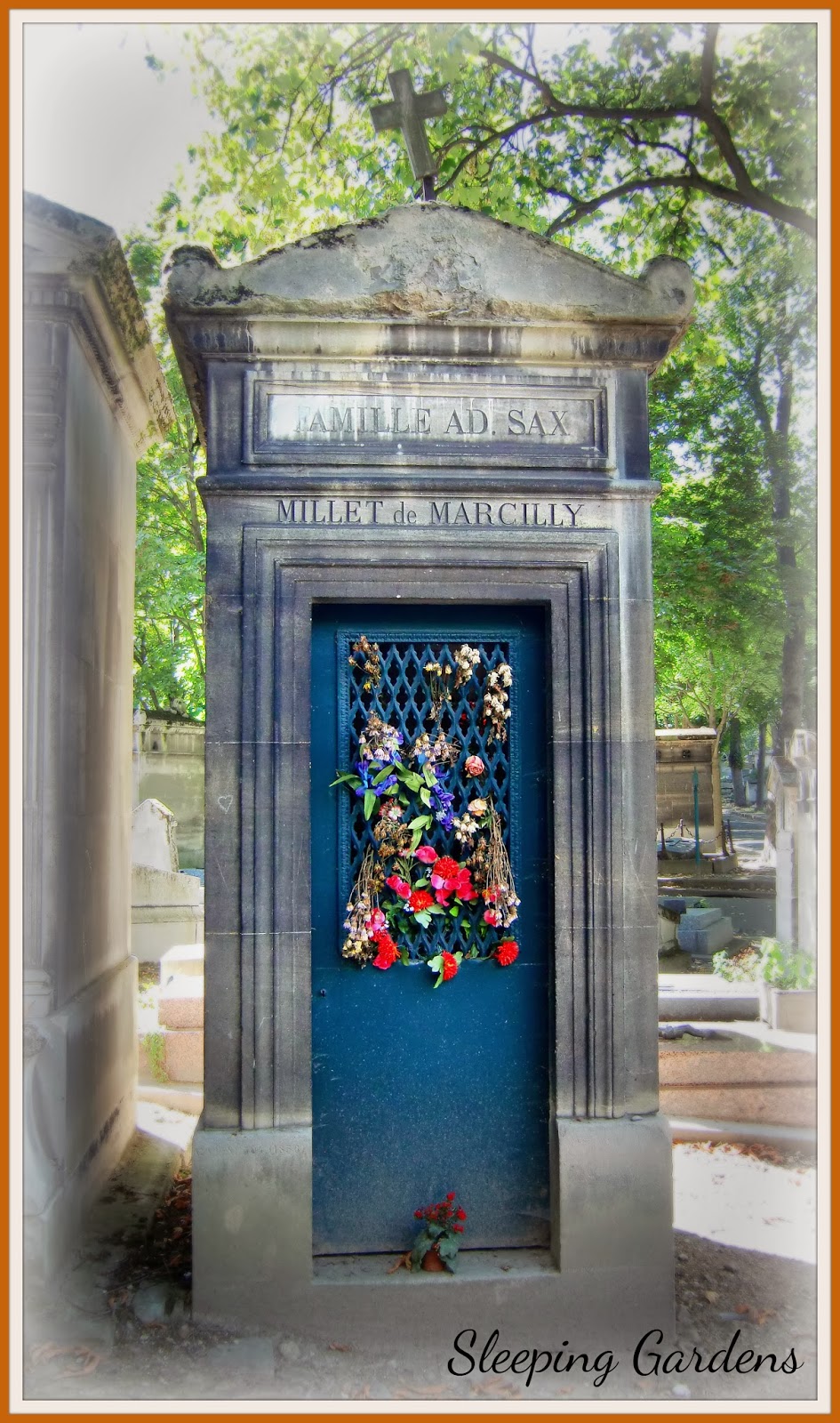 Adolphe Sax was born on 6th November 1814 in Wallonia, Belgium. His father was an instrument designer and so Adolphe began to make his own instruments at an early age. Adolphe studied music at the Royal Conservatory of Brussels. 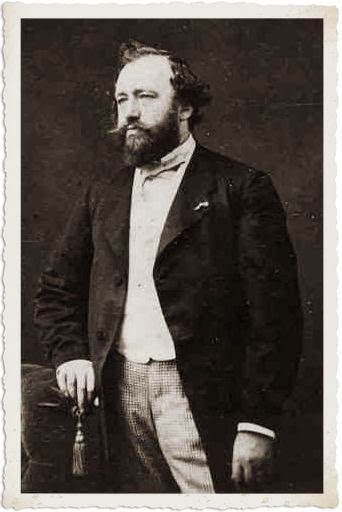 Adolphe's first important invention was an improvement of the bass clarinet which he patented at the age of 24.
He moved to Paris in 1841 and began working on a new set of instruments, these valved bugles became so successful that they became known as Saxhorns, with a range of approximately seven sizes in all from Sopranino to subcontrabass and he patented them in 1846. 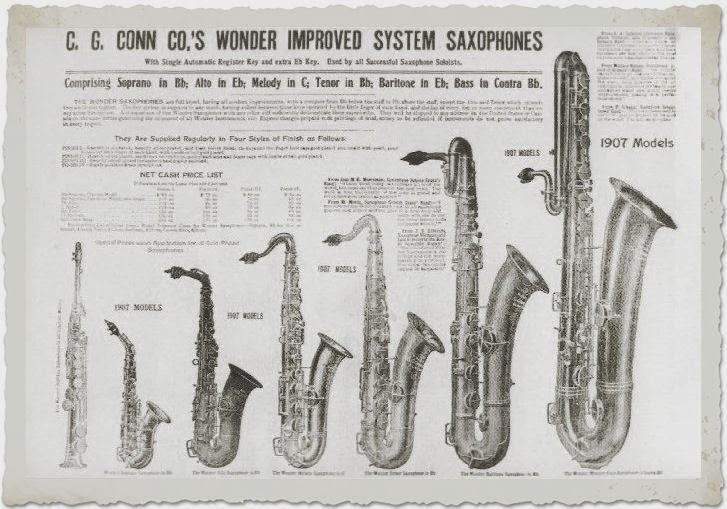 He also created the Saxtromba, but this was to survive only briefly and the unsuccessful clarinette~bourdon an early design of contrabass clarinet.

Saxhorn instruments spread rapidly throughout the world and remain largely unchanged today. The British Brass Band movement exclusively adopted the saxhorn range and they are widely used in Concert bands. However they never became a standard Orchestral instrument for which they had been intended to be used. 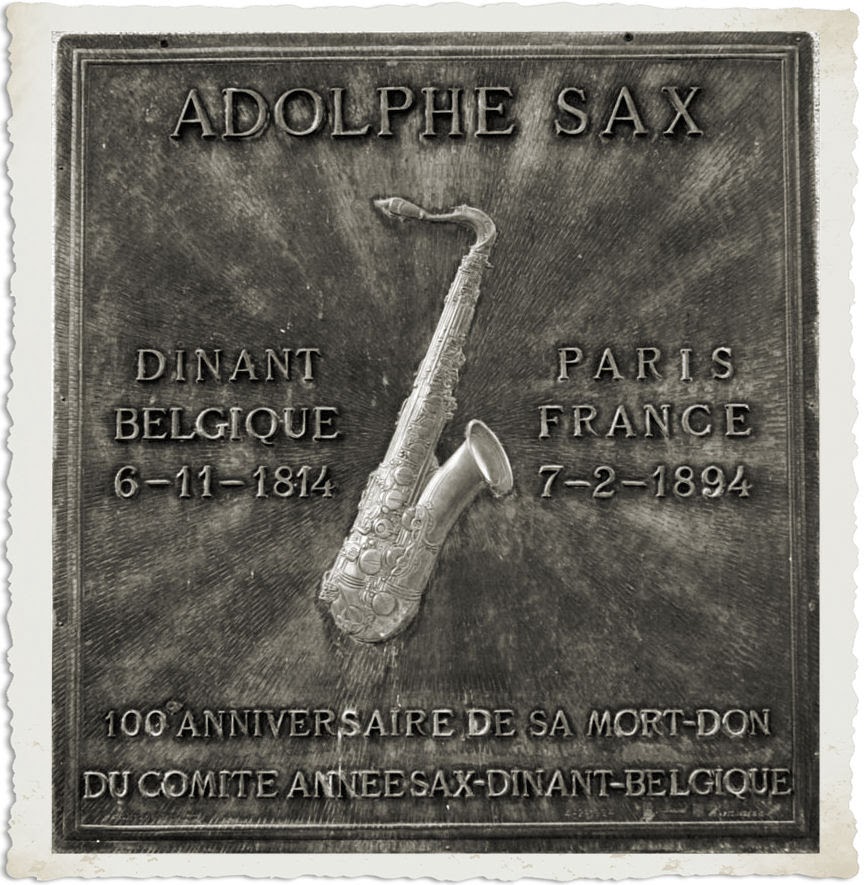 A plaque on the side of Adolphe Sax's tomb

The saxophone made Adolphe his reputation and secured him a teaching post at the Paris Conservatoire in 1857.
Adolphe suffered from lip cancer between 1853~58 and although he made a full recovery, he died in Paris in 1894. 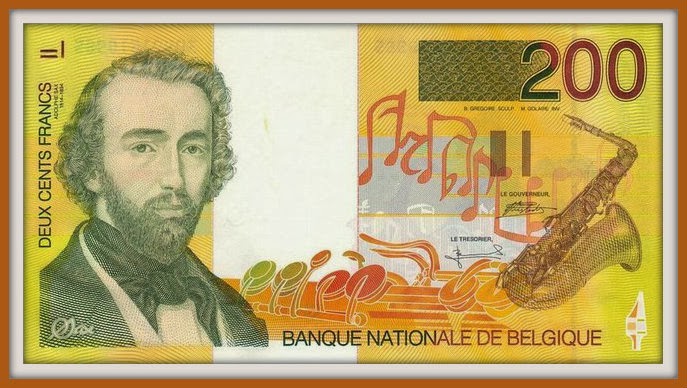 Belgium's Famous Son is celebrated on currency and postage 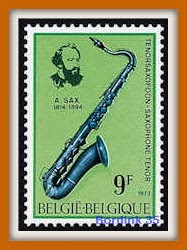 Tex Beneke and the Glenn Miller Orchestra ~ In the Mood 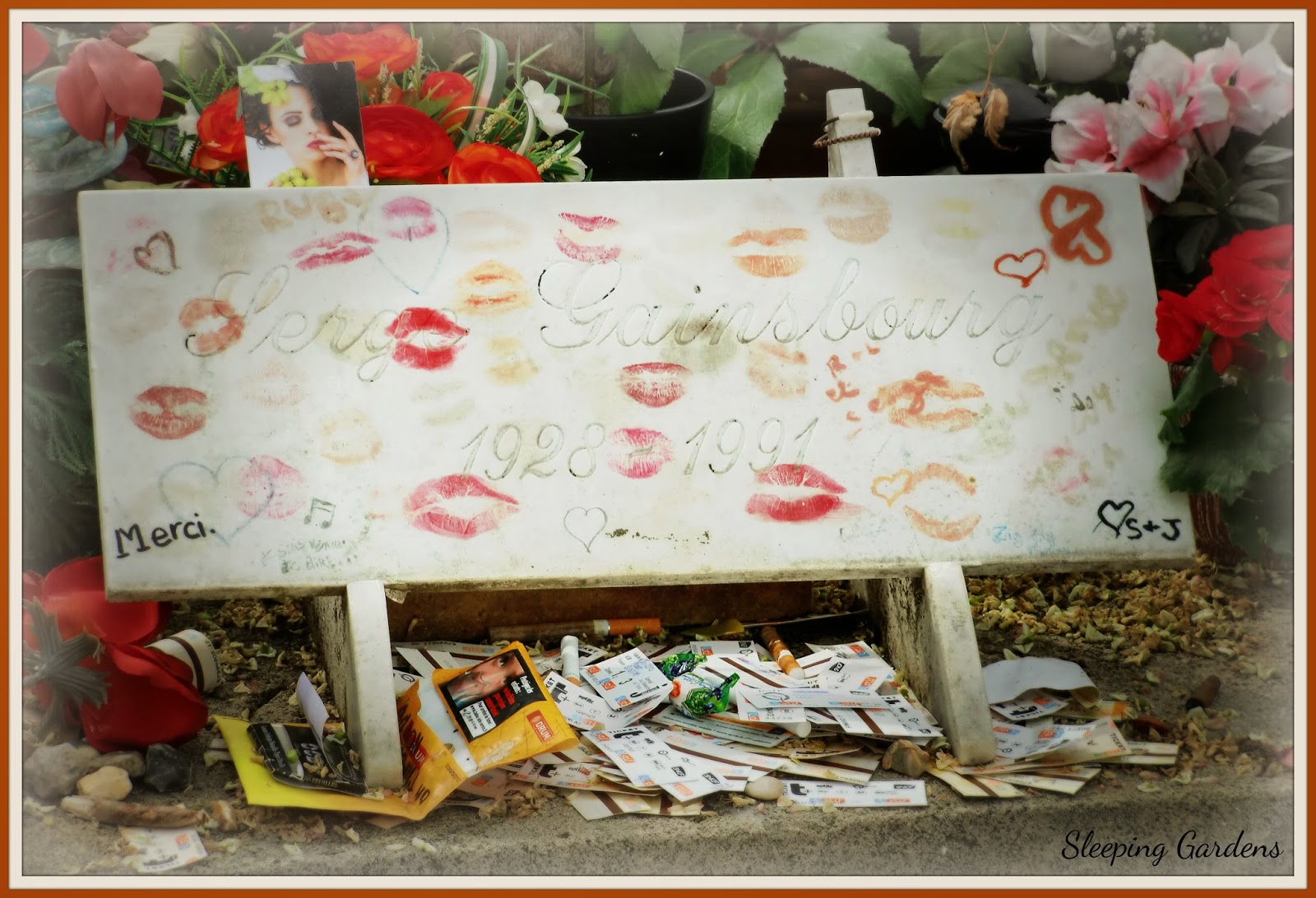 You can tell by the lipstick kisses and other mementos ~ I once found a cabbage which had a message in Japanese writing on it ! ~ that the admirers of Serge Gainsbourg have an emotional connection to the man who gave us the once controversial song Je t'aime...moi non plus 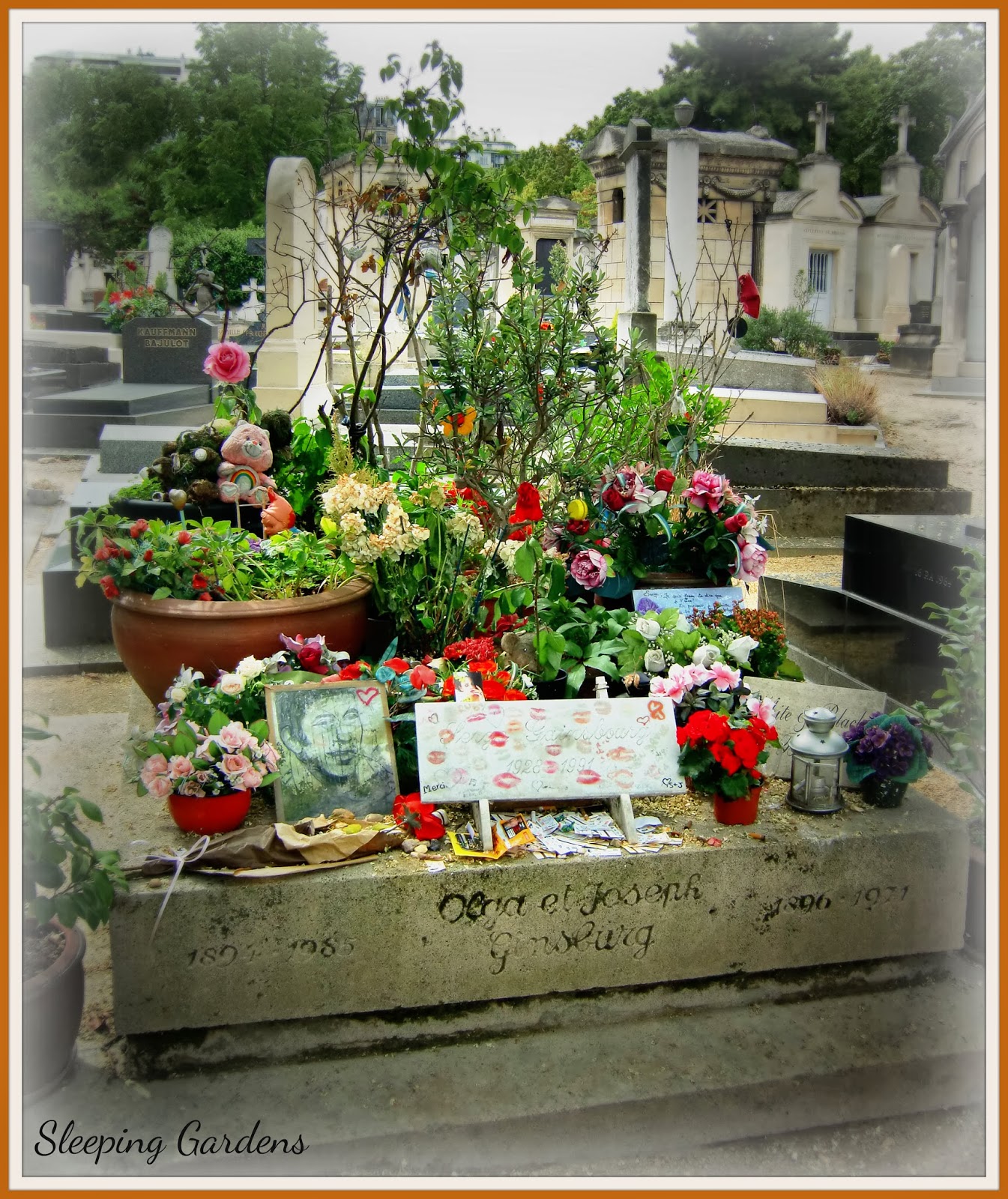 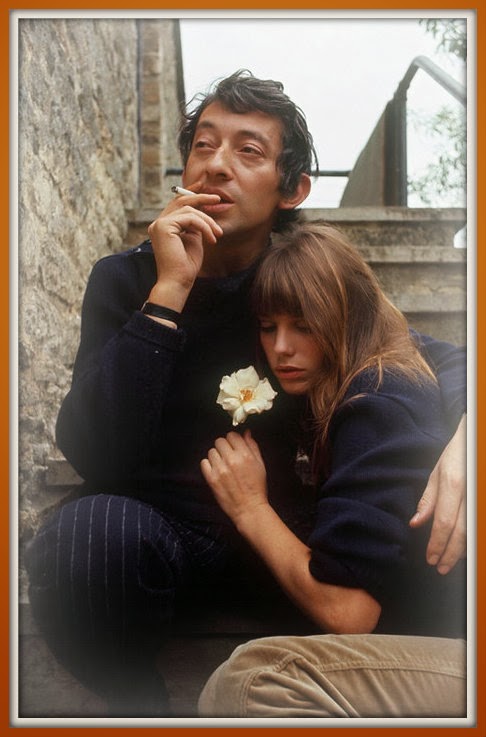 Although the song was banned in several countries as it gave the impression of two people making love, it reached no.1 in the UK charts in 1969.

Posted by Taphophilia Catafalque at 02:12 No comments: 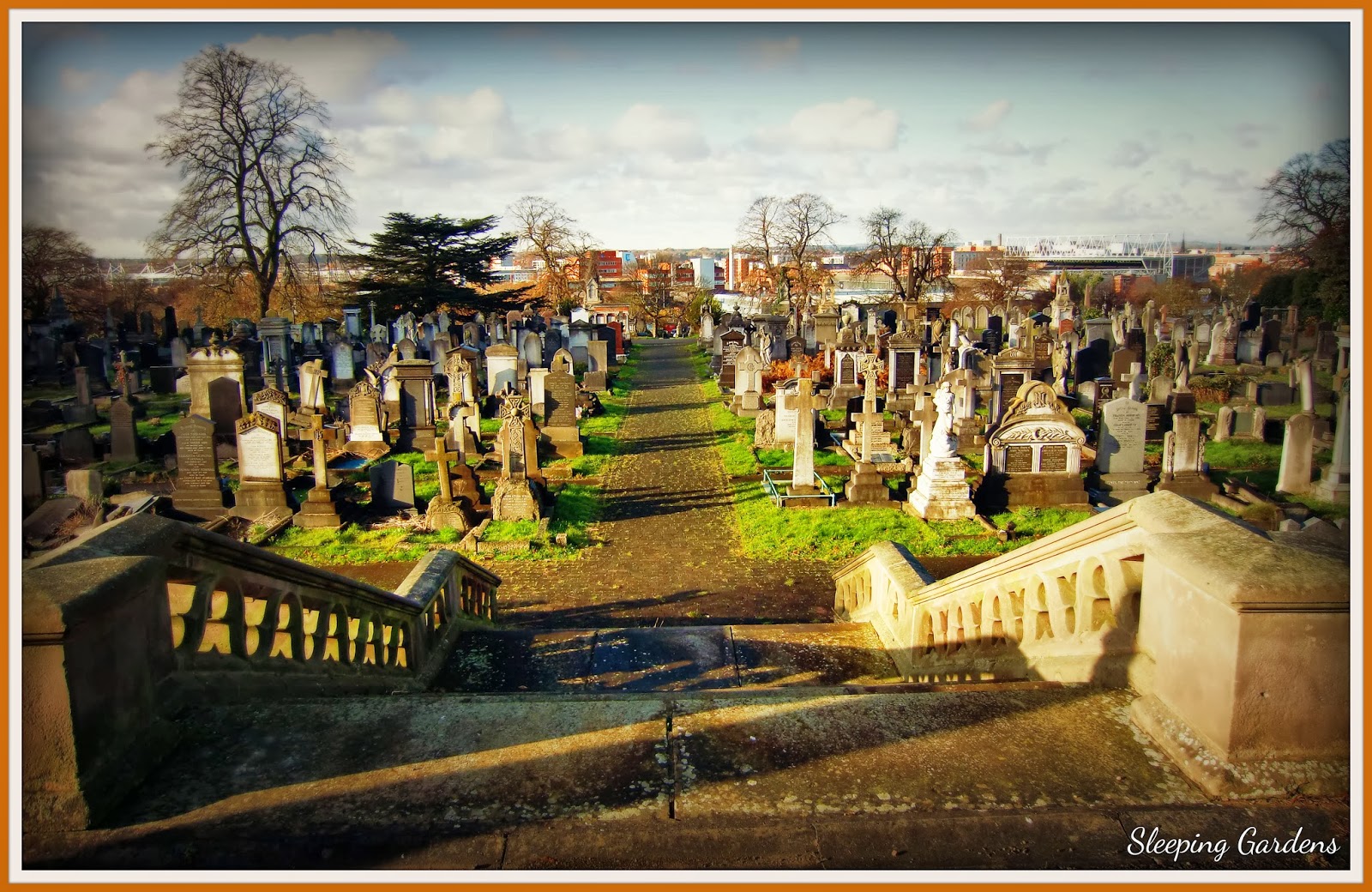 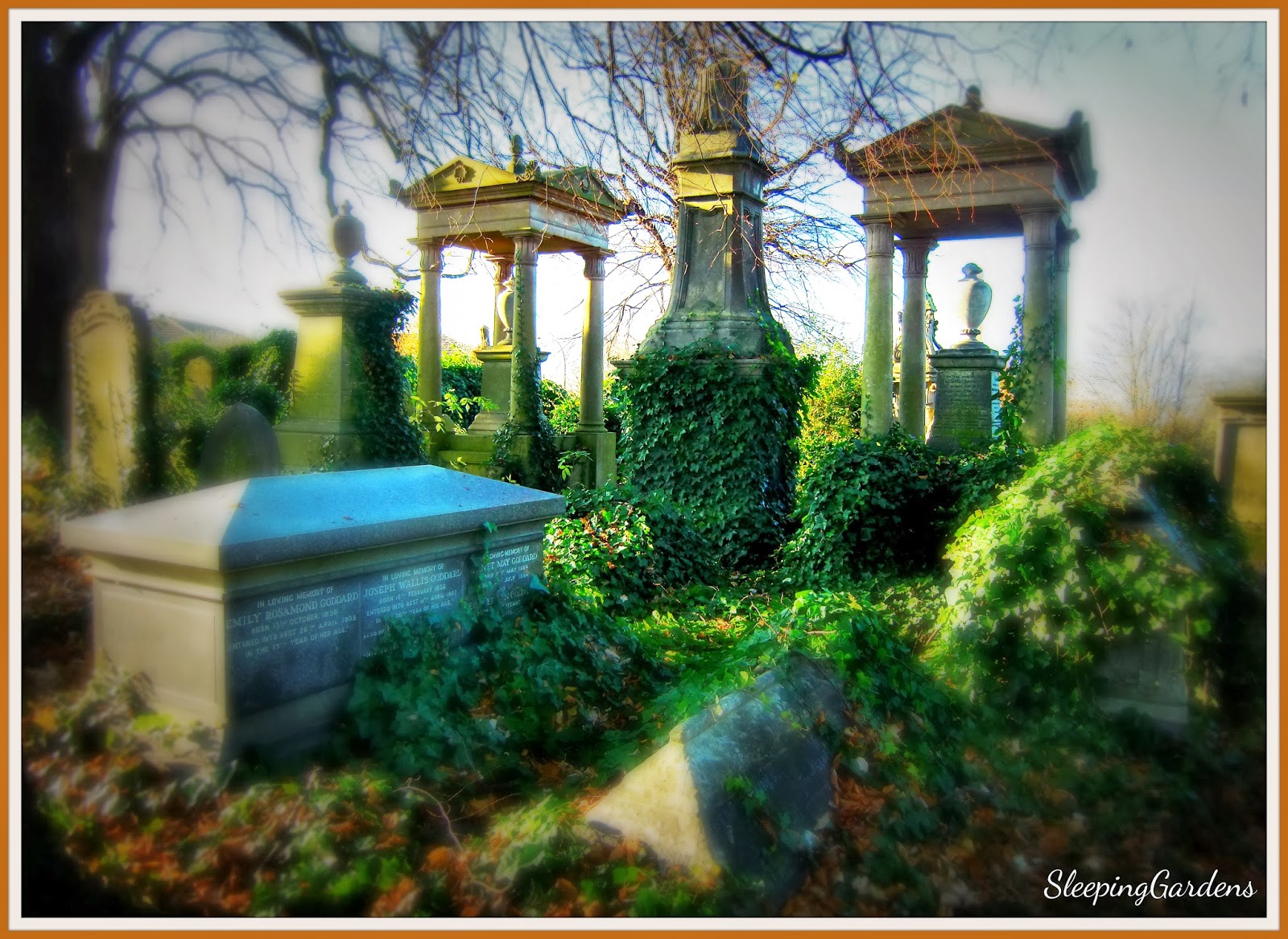 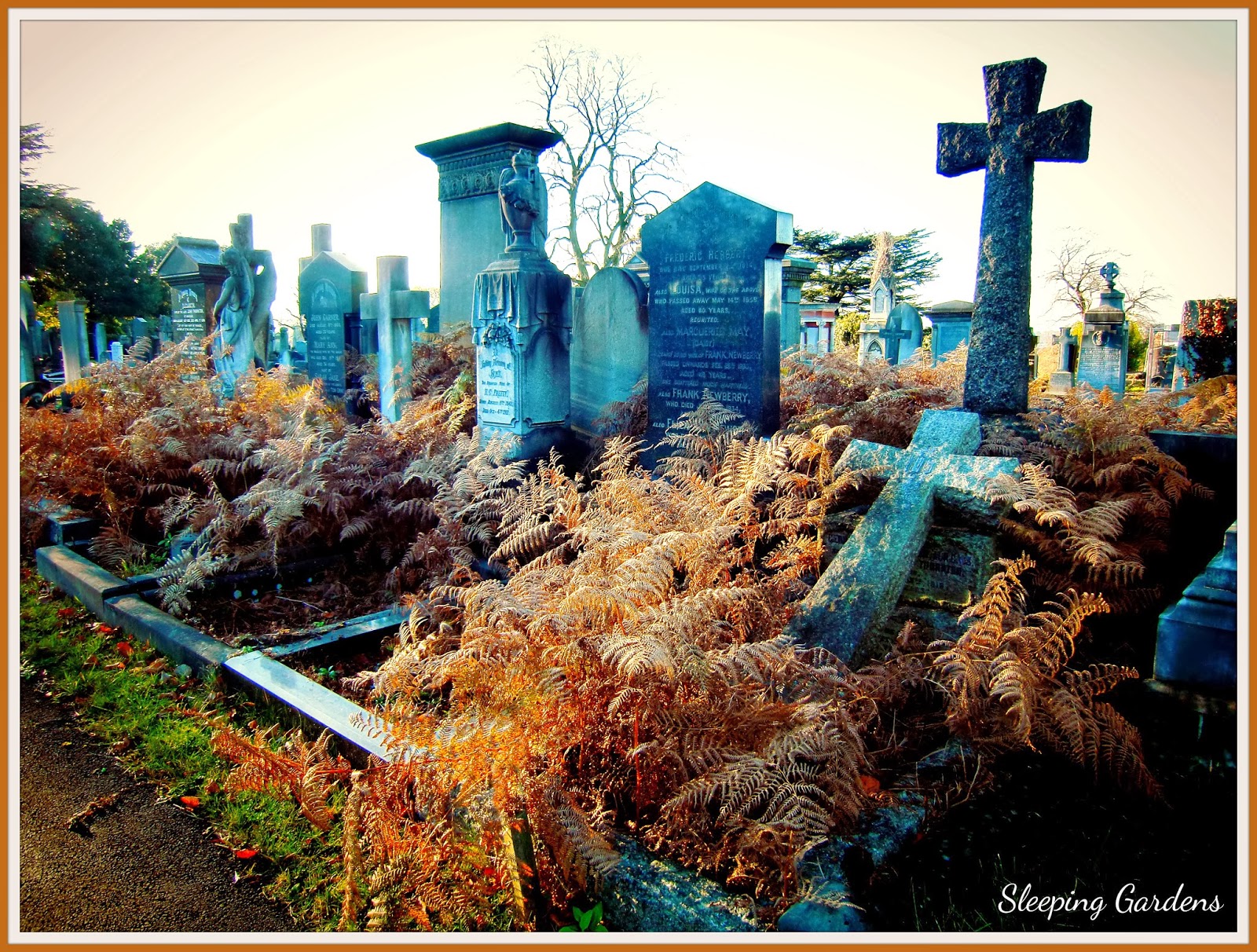 Posted by Taphophilia Catafalque at 02:23 No comments:

Protecting Monuments ~ All Wrapped Up for Winter 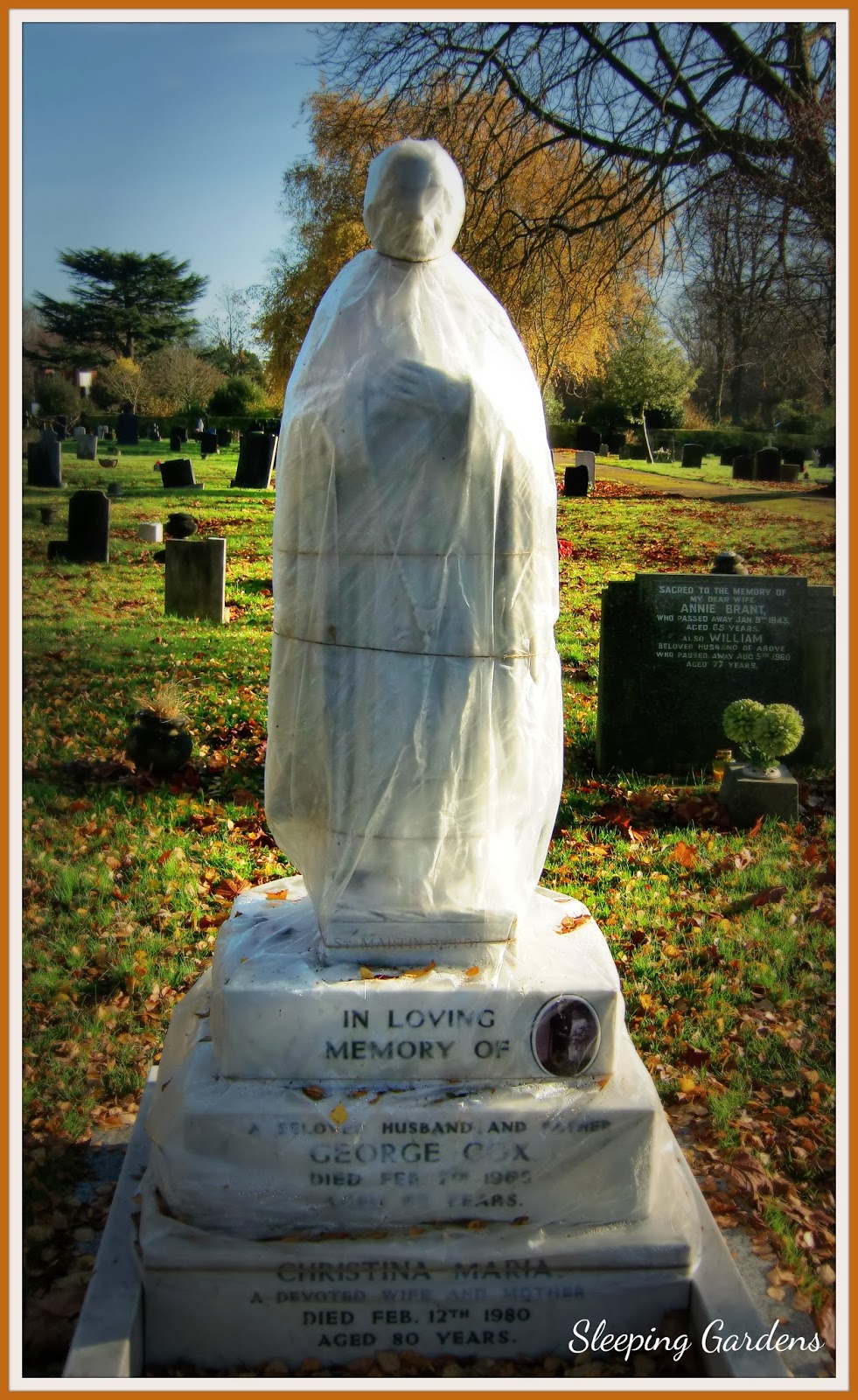 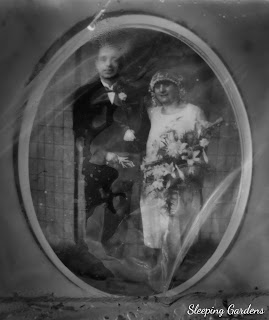 Looking more like a Ghostly Spectre than a Saint, this monument has been all wrapped up for protection against the winter despite the mild sunny autumn afternoon when we found it.
The Saint depicted is St. Martin de Porres 1579~1639, who was a lay brother of the Dominican Order, he is the patron saint of people of mixed race and those seeking interacial harmony.
Click here to see the monument Unveiled

Posted by Taphophilia Catafalque at 01:56 No comments: 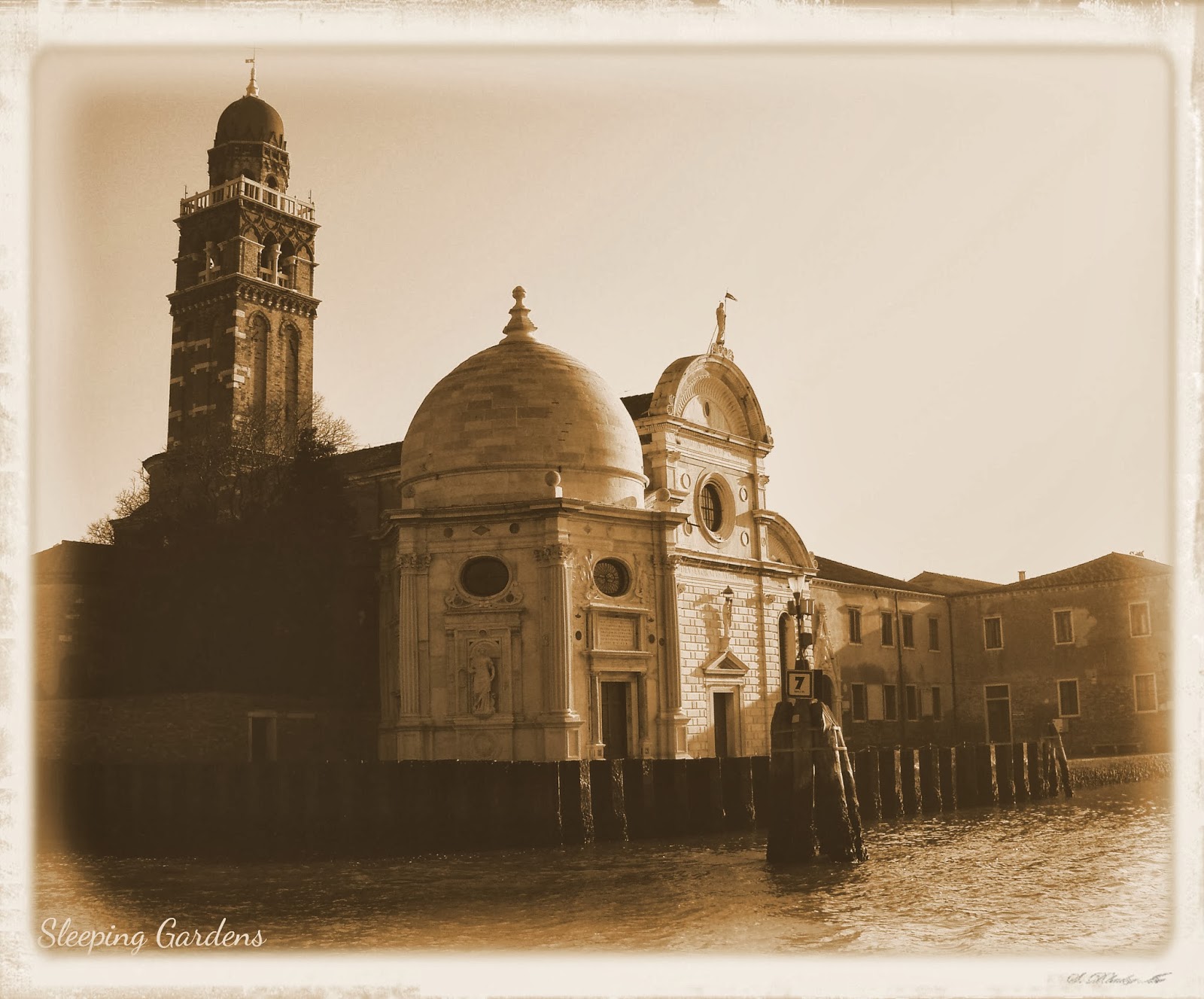 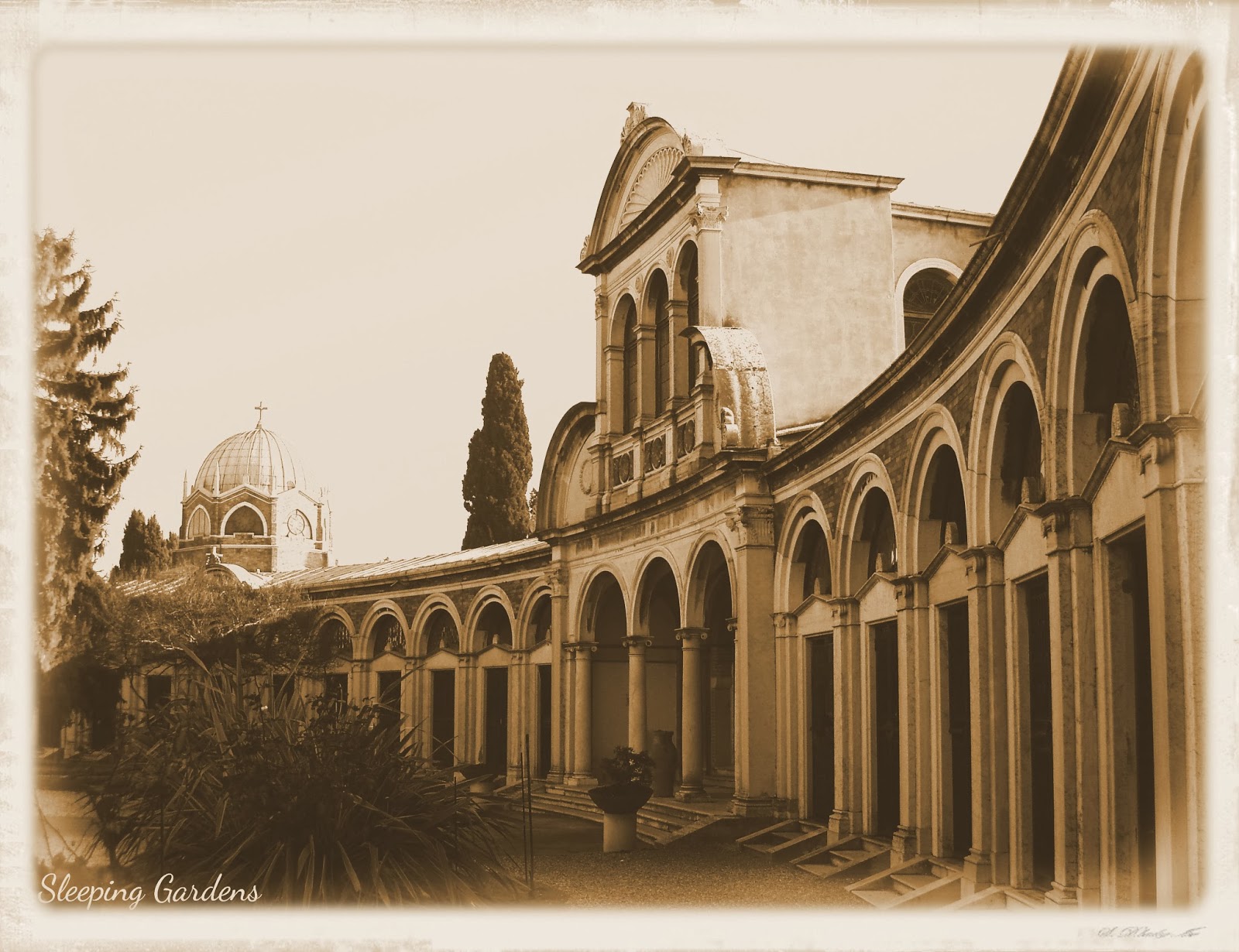 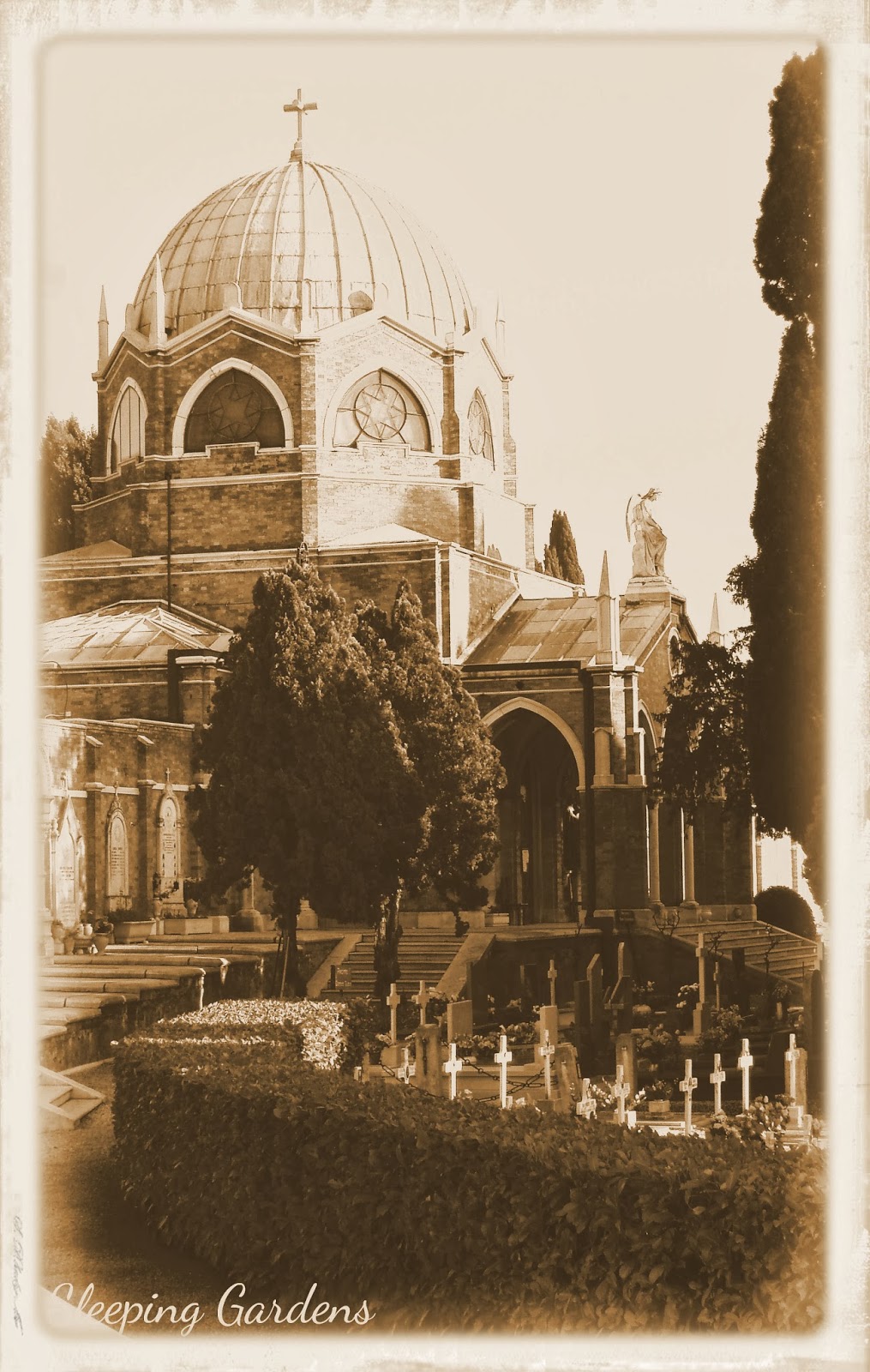 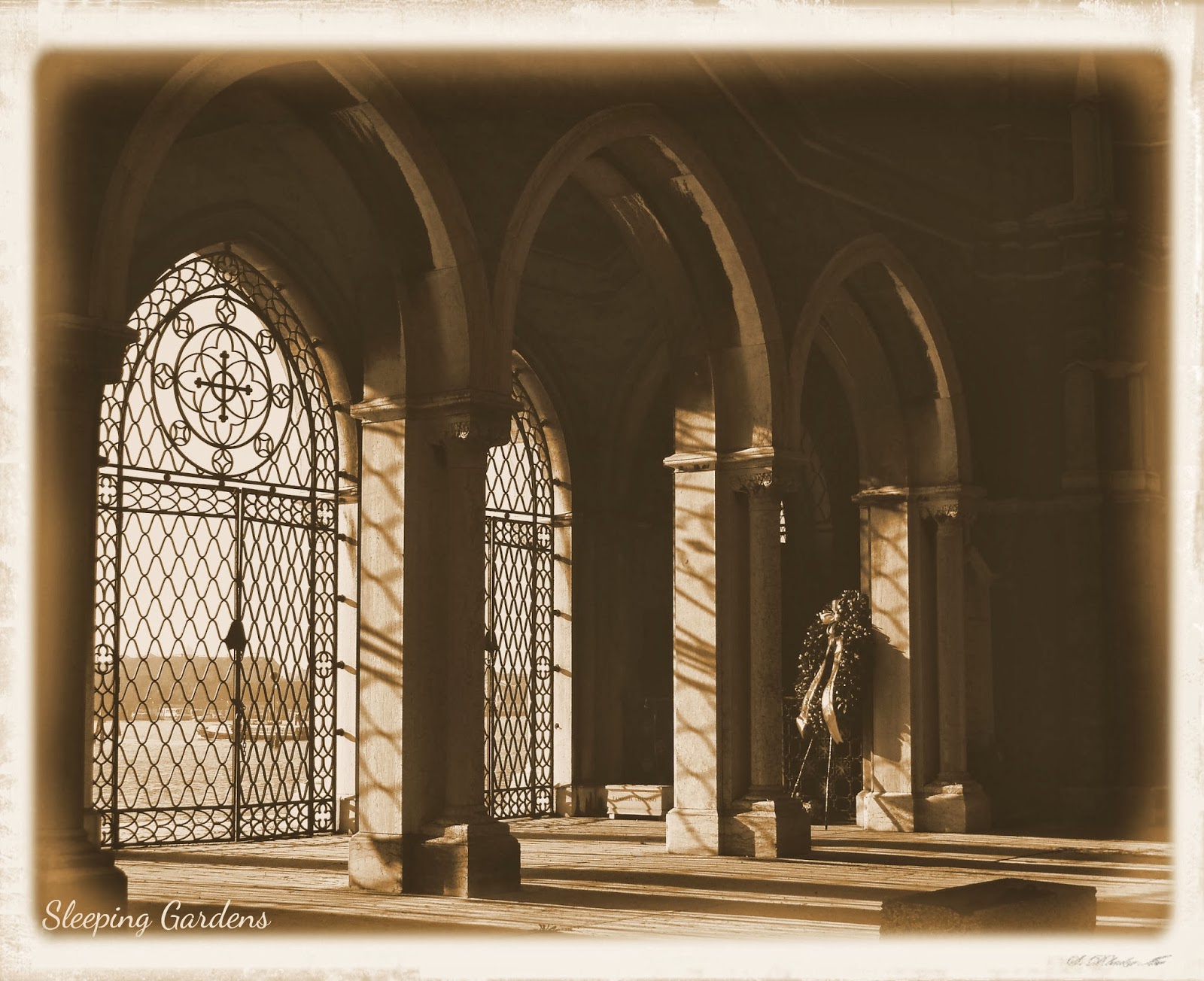 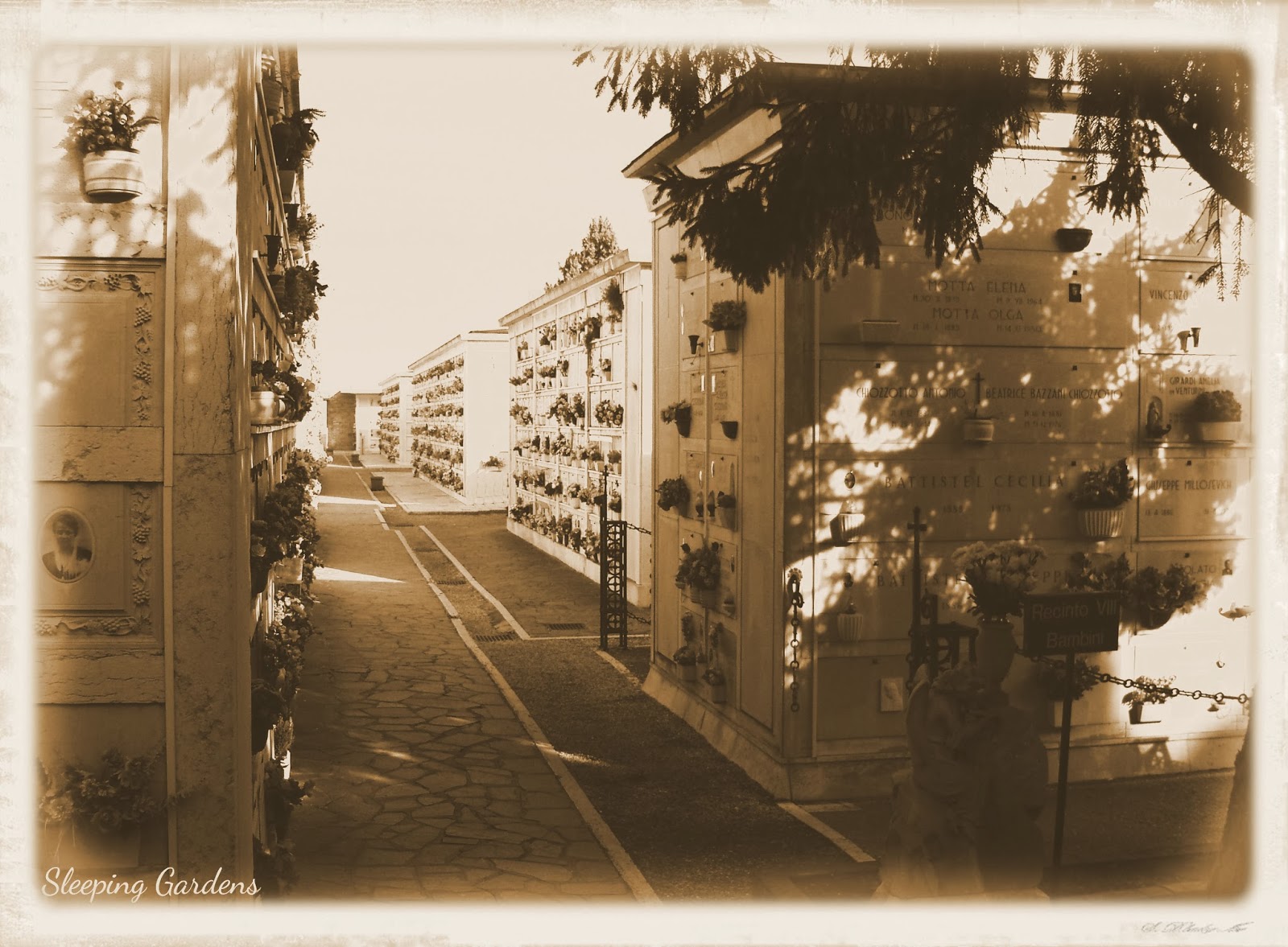 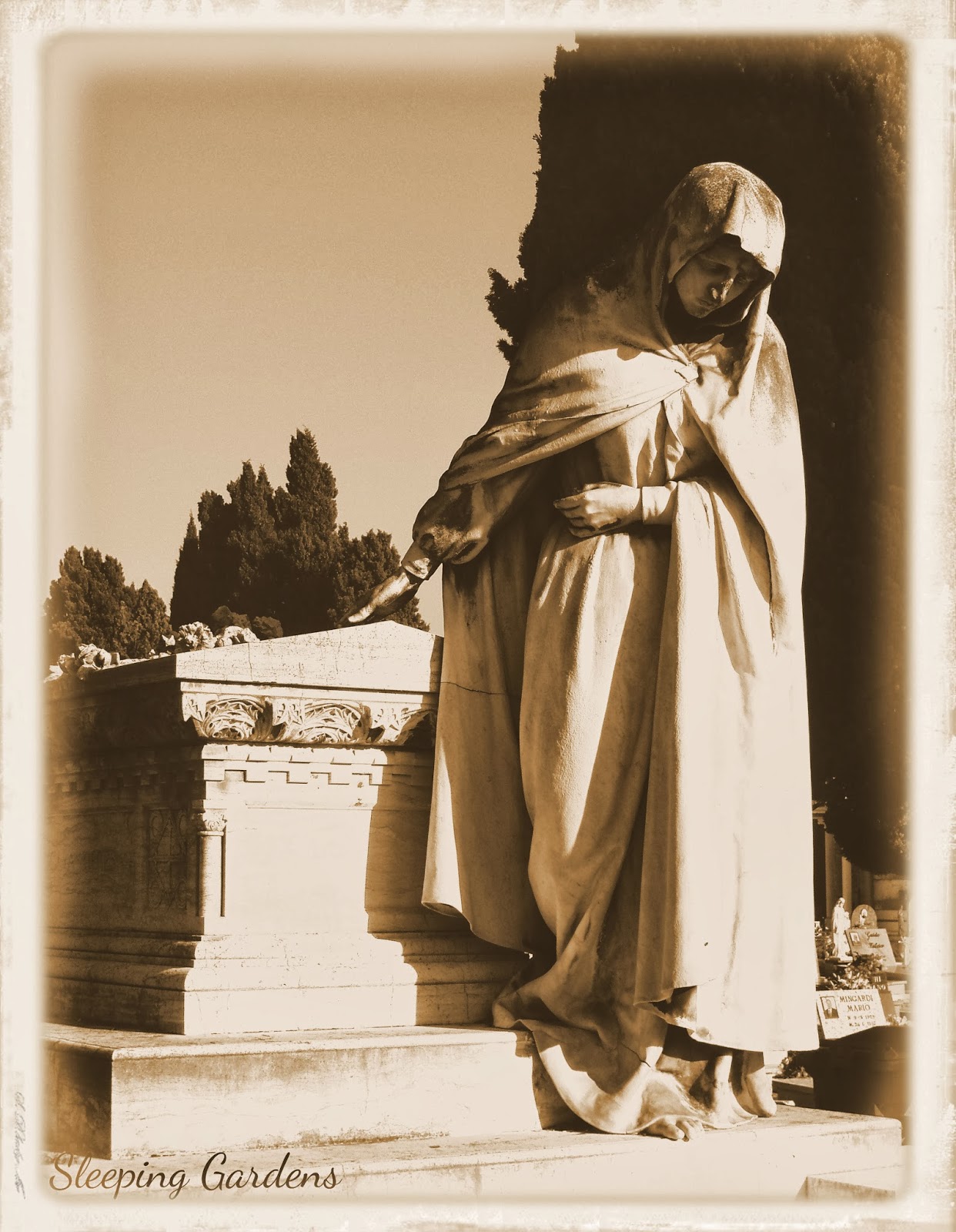 Posted by Taphophilia Catafalque at 11:06 No comments: