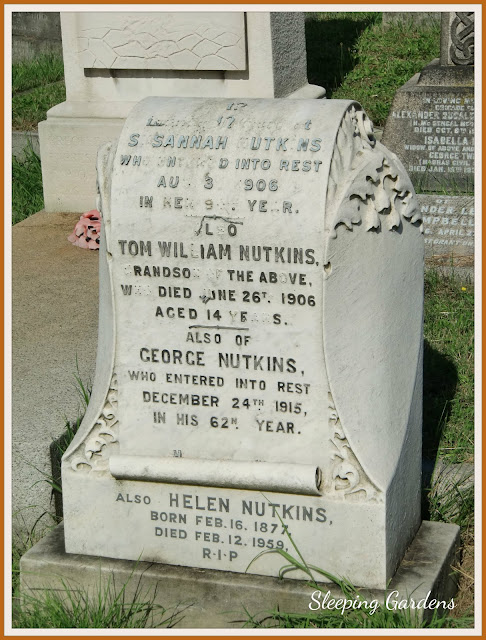 Whilst visiting Brompton Cemetery our guide made a reference to the name of 'Nutkins' on this headstone, as the source of inspiration for the character of Squirrel Nutkin in the much loved Tales written by Beatrix Potter . Whom it was believed, had often walked through the cemetery and had been inspired by the name for the little squirrel in her books. As Brompton simply oozes squirrels, which are tame enough to take food from your hand, the story sounded a very likely one. 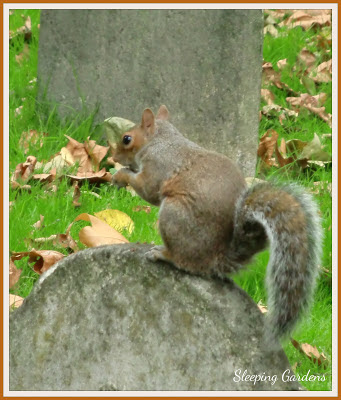 But like all good stories as this one is, 'The Tale of Squirrel Nutkin' was published in 1903 and the first of the 'Nutkins' family was not to be interred until 1906, some three years later.
So it seems unlikely, but it's a nice little Tale...... 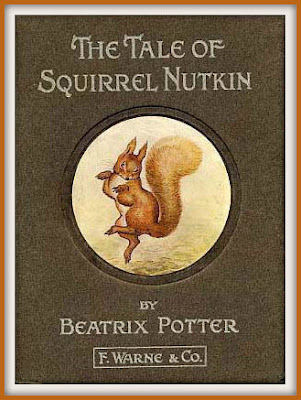 Posted by Taphophilia Catafalque at 08:40