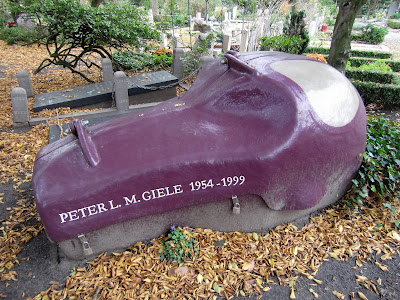 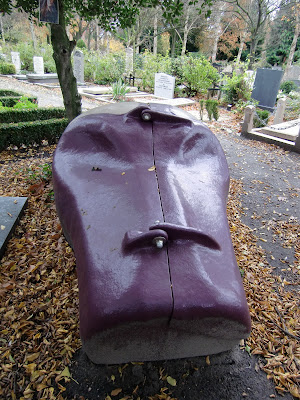 Artist, Poet, Designer, Event Organiser and major inspiration to a large group of artists in Amsterdam. Giele founded several cultural institutions such as the Aortic Gallery, Nightclub Roxy, Gallery W139, and the Restaurant-Club 'Inez'.
At the age of 54, Peter died of a cerebral hemorrhage whilst riding his scooter from Amsterdam to the Gooi.
﻿
The Peter Giele Skull is a polyester capsule placed on the grave to replace the artist’s black cape that had previously been there.
The Skull capsule project, was to allow visitors to the grave, an opportunity to lay inside it and commerate the artist's and their own mortality. 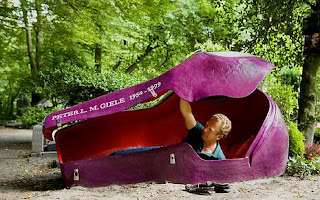 However this idea was met with opposition from the Zorgvlied cemetery management. They said that the capsule could frighten and lead to confused reactions from other cemetery visitors if suddenly someone stepped out of it. Only a few close friends and family members now have the keys to open the skull, so that they may step into the capsule and lie down.
Zorgvlied finally agreed to place the work. 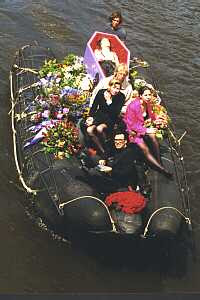 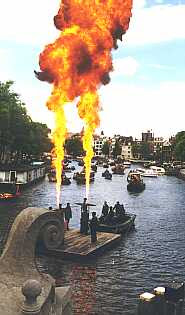 Posted by Taphophilia Catafalque at 11:43