I've begun this blog with one of my all time favourites from Highgate Cemetry in London. The lion named Nero sleeps peacefully, eternally guarding his Master George Wombwell who created the first travelling menagerie. 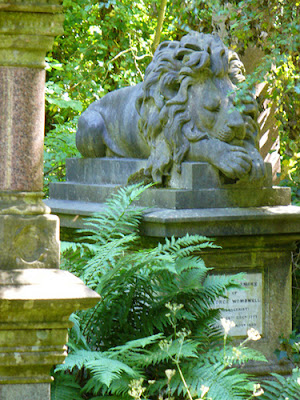 Wombwell was born on 24th December 1777 at Wendon Lofts, Essex - which is just a couple of miles from where I live. He moved to London and in 1804 and had a business as a cobbler in Soho. At about this time, Wombwell purchased two boa constrictors from a South American sailor at the docks and toured the local inns with the two snakes in a box where people would pay him a penny to view the reptiles. Within two weeks he had recouped his original investment. His success encouraged him to build up what became the largest travelling menagerie in Britain. 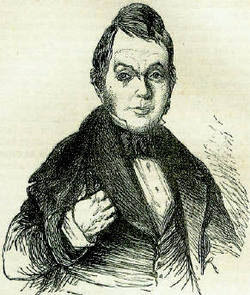 Success encouraged Wombwell to make further speculations. He bought animals from the local docks and built up a collection of exotic species including lions, zebras and ostriches. In 1810, he founded Wombwell’s Travelling Menagerie, an entourage consisting of ten carriages of beasts, which visited the county fairs of Britain. Many animals were bred in captivity and those animals, which died, were disposed of to taxidermists or even exhibited as deceased specimens. 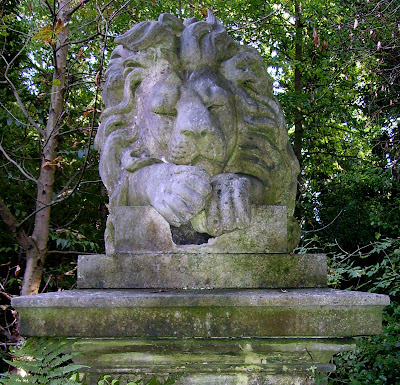 One of the less savoury aspects of Wombwell’s exhibitions was lion baiting in which six bull mastiffs were pitched against one lion, with the lion invariably emerging victorious.
Unfortunately for Wombwell his favourite lion, Nero, refused to have anything to do with this, prefering to lie around doing nothing. George therefore had to buy another lion called Wallace to do the fighting.

Wallace was the first lion to be bred in captivity in this country and was born in Edinburgh in 1819. He became reknown in 1825, when he was owned by Wombwell and used for the infamous lion baiting and gambling there upon.

When Wallace died in 1838, he was sent from Dudley, W. Midlands to Saffron Walden museum by stagecoach, he had been stuffed with wood shavings on a wood and wire frame and then mounted with his front paw on the figure of a dog. 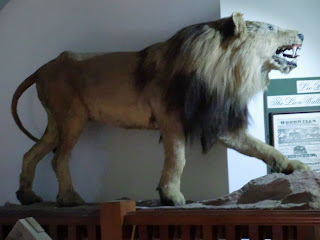 Wombwell became a favourite of the Royal Court and appeared several times before Queen Victoria. He was once sent for by Prince Albert to solve a problem of the Prince’s sick dogs. Wombwell noticed that their water source was contaminated and a fresh supply would immediately restore them to health. When asked by the Prince what he would like as a reward, Wombwell famously responded, “What can you give to a man who has everything?” Albert presented him with an oak coffin, which Wombwell exhibited as a sideshow, charging a supplementary fee.

When Wombwell died on November 16th 1850 The "Times" newspaper carried his obituary saying that he had made a massive contribution to the study of natural history. , . He is buried in Highgate Cemetery, Swains Lane, London N6 6PJ. 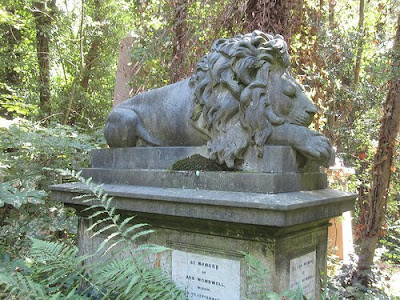 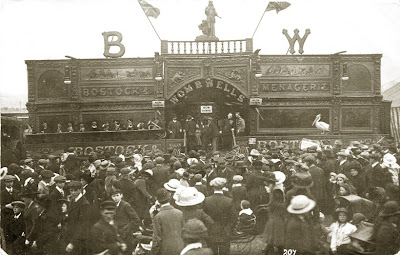 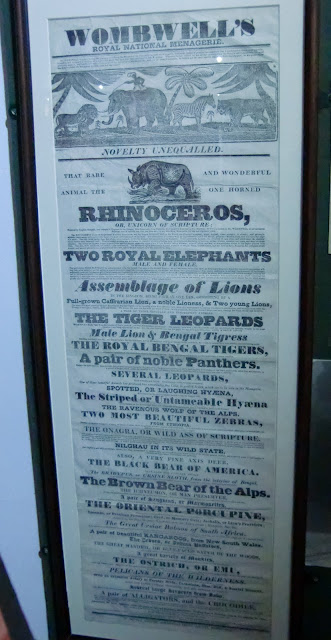 And here’s the wonderful Pathe newsreel of Bostock and Wombwell’s last road trip to Whipsnade in 1931.

Posted by Taphophilia Catafalque at 22:03