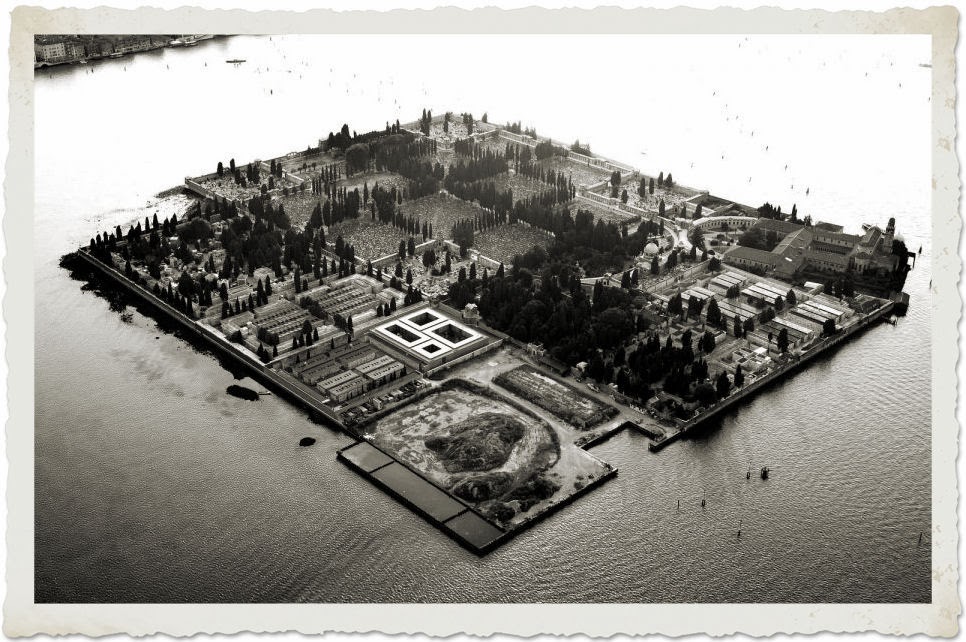 San Michele is in the lagoon close to Venice and has been the city's cemetery ~ Cimitero ~ since the early nineteenth century. As Venice is an island community, it's not really surprising that its cemetery is also an island of it's very own. 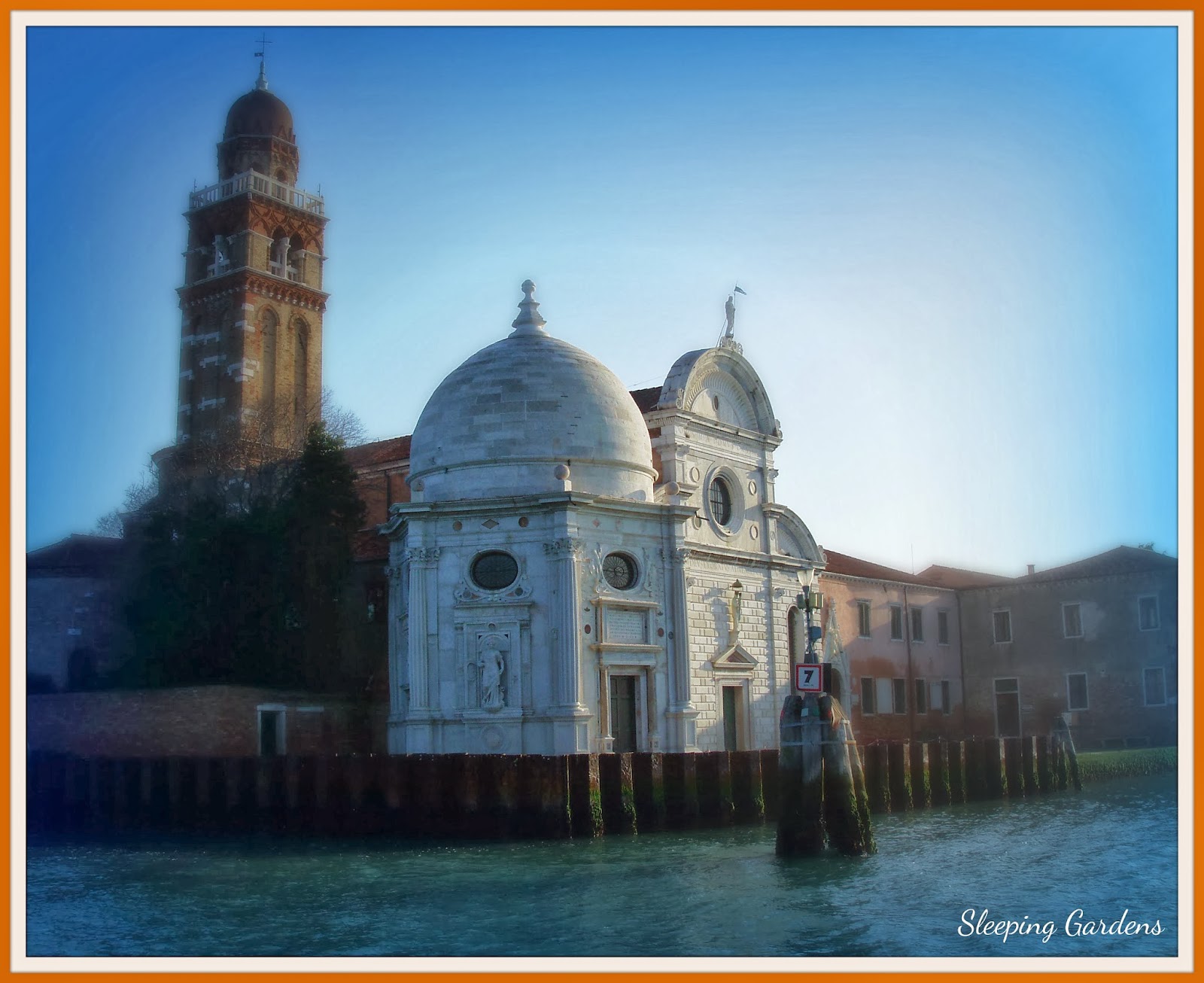 Venetian graves abound with floral tributes and make one of the most colourful cemeteries to be seen. Families make special pilgrimages to these graveyards, heading there en masse on the 1st and 2nd November to lay flowers. In Italy the chrysanthemum is the flower for the dead, thereby making them an unsuitable gift for the living. On these days there are special additional ferry services to the cemetery. 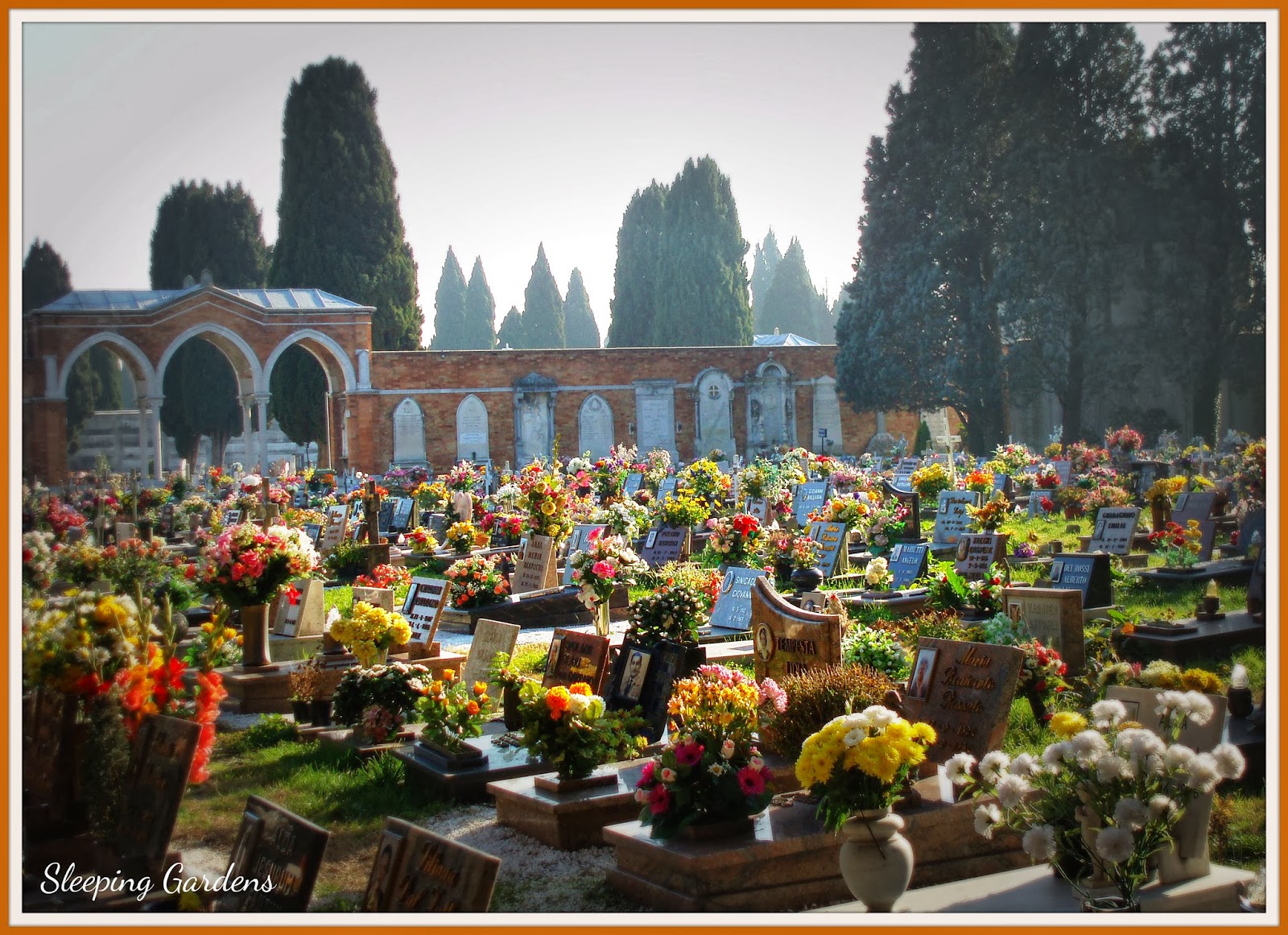 There are two churches on the island, the large San Michele and the smaller San Cristoforo. San Michele was designed by Mauro Codussi in the 1460s and was one of the earliest Renaissance churches in Venice, with a white facade of Istrian marble overlooking the lagoon. 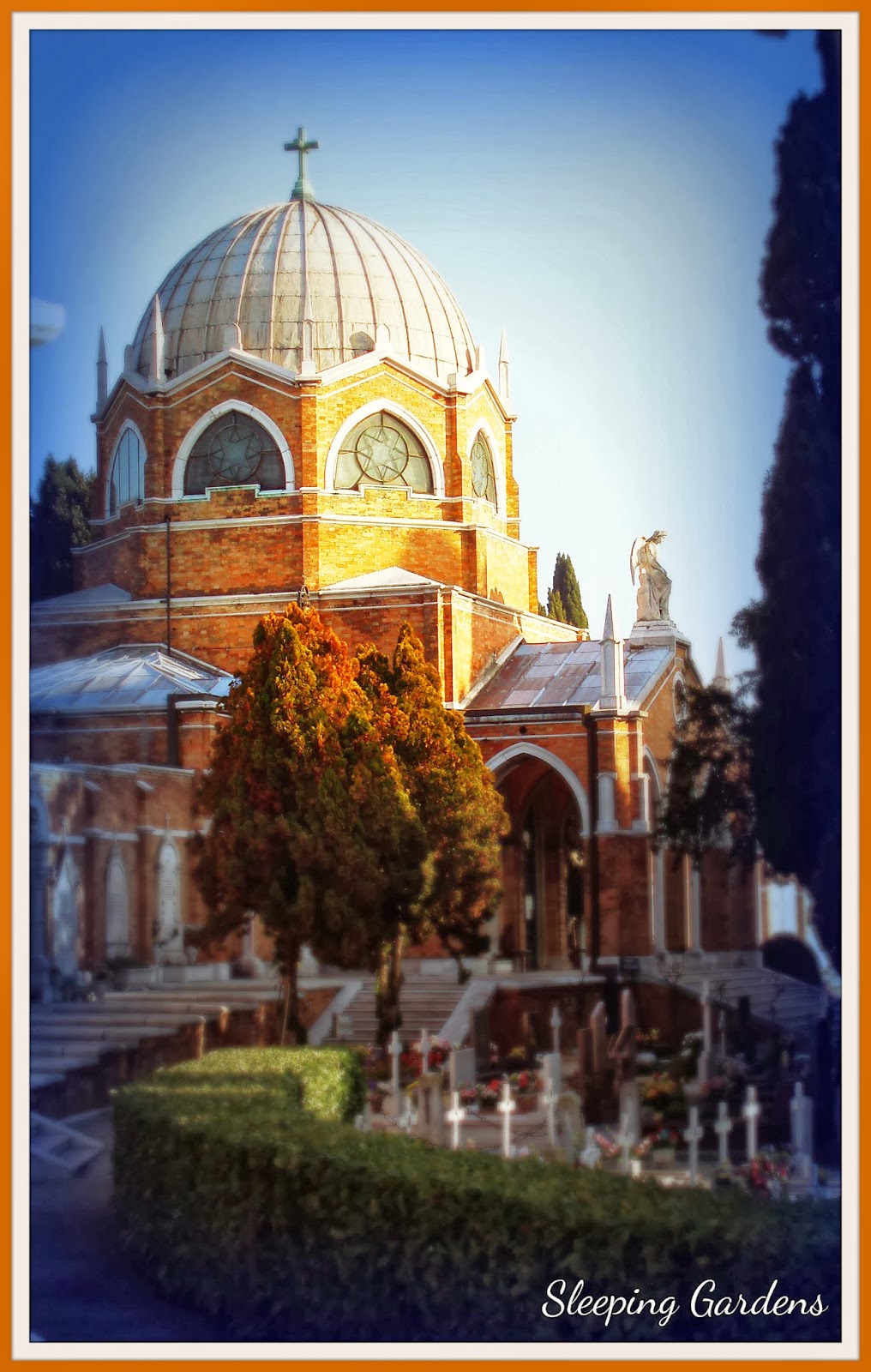 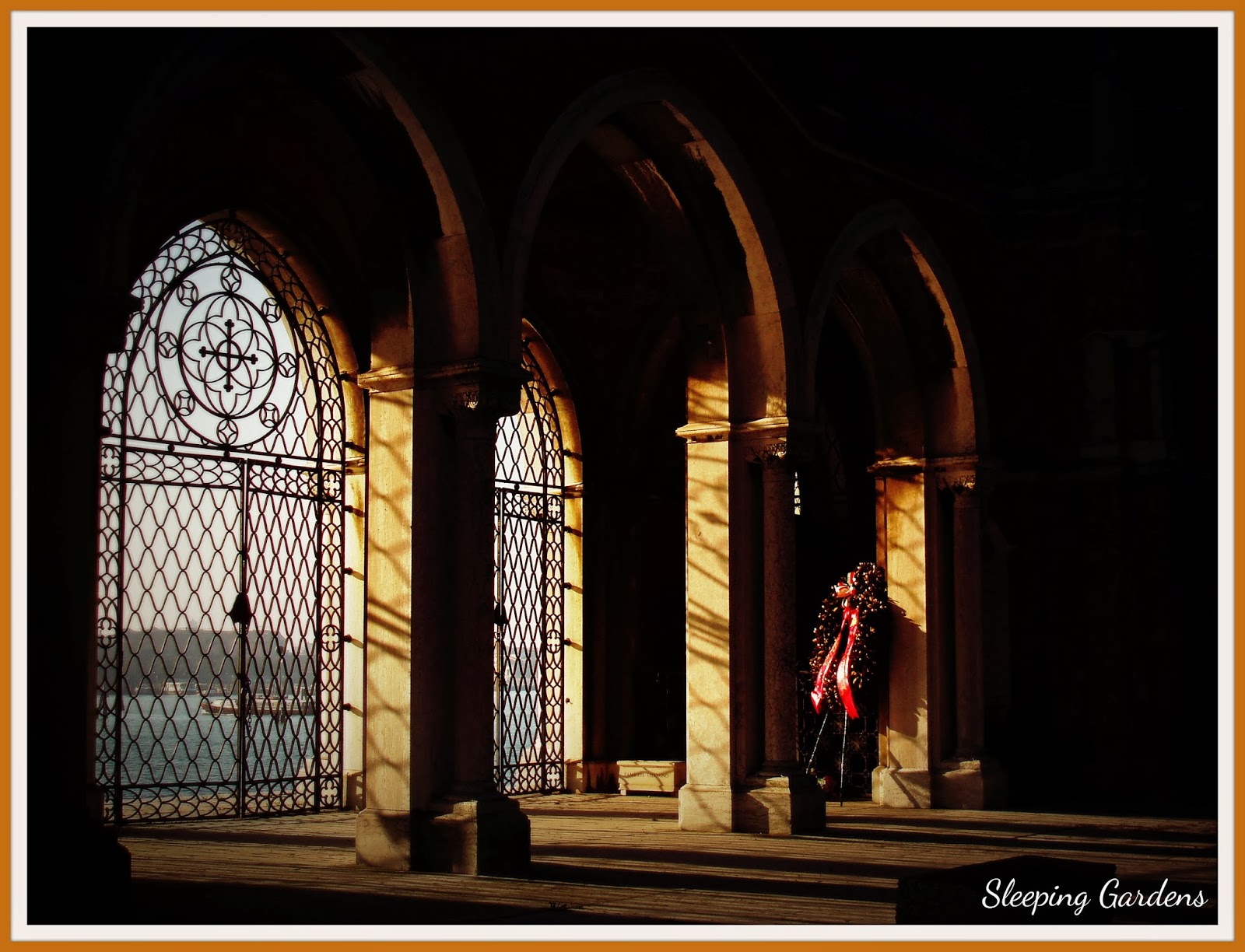 The cemetery is divided up into many sections with the usual divide of Catholic and Protestant interments. One such area is given over to the humble memorials of nuns and the sometimes less humble graves of priests. 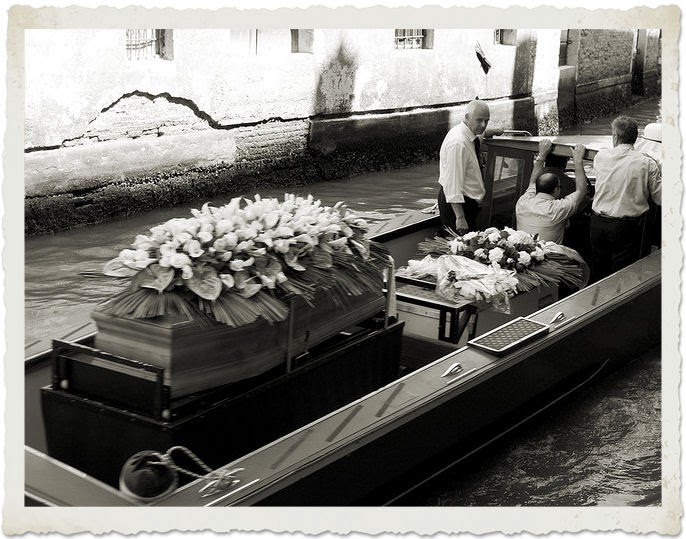 There is also a section for gondoliers and the makers of the boats themselves.
It is tradition, that the widows of Gondoliers who die, inherit their husbands Gondolier licence. 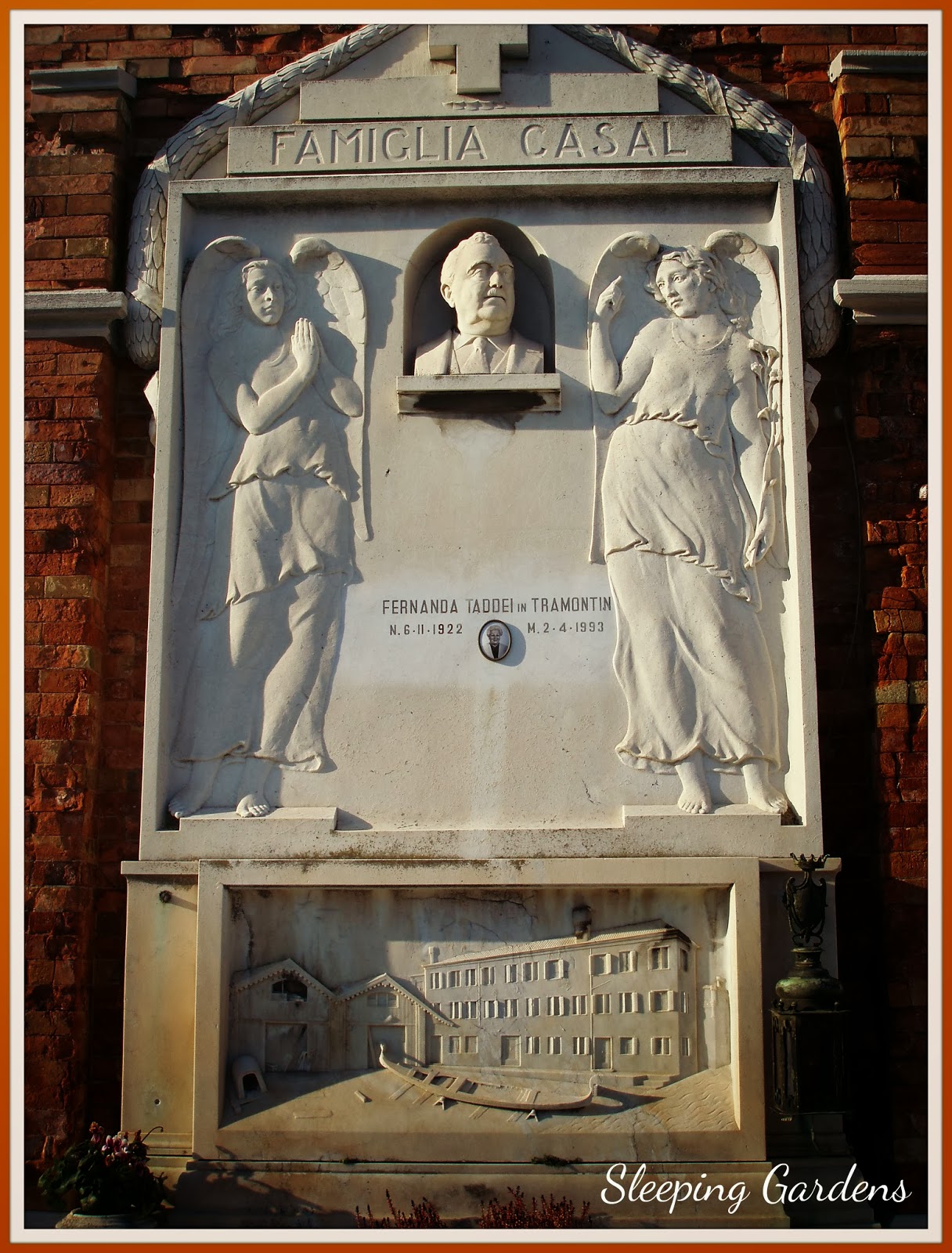 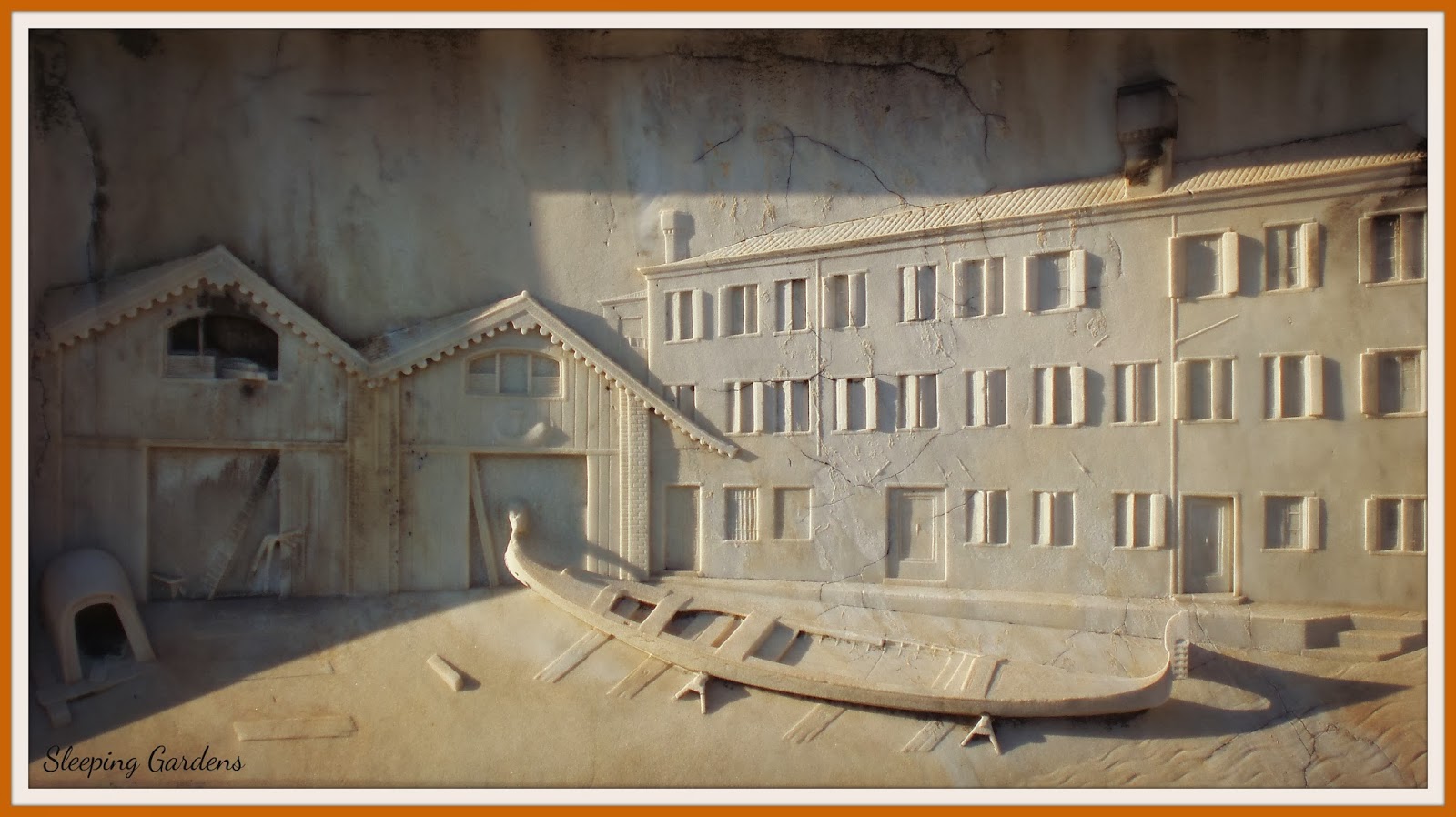 Against the far wall you will find the tombs of Sergei Diaghilev, founder of the Ballet Russe and Igor Stravinsky the composer of 'The Firebird', whose resting places are festooned with the offerings from ballet and music lovers. 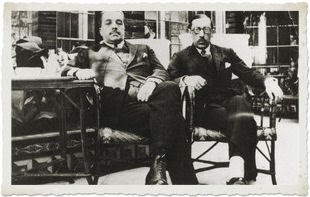 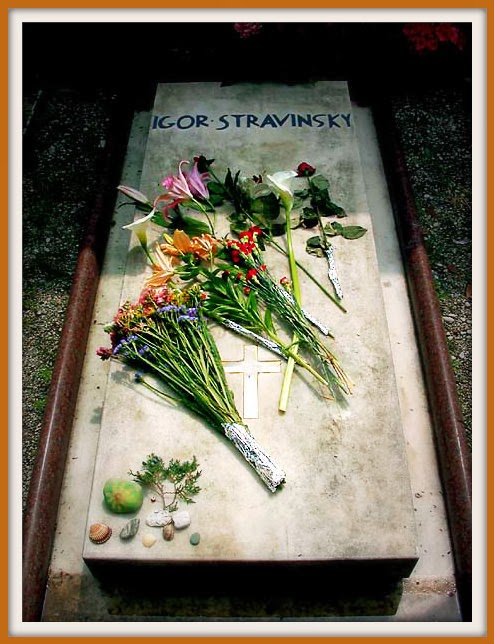 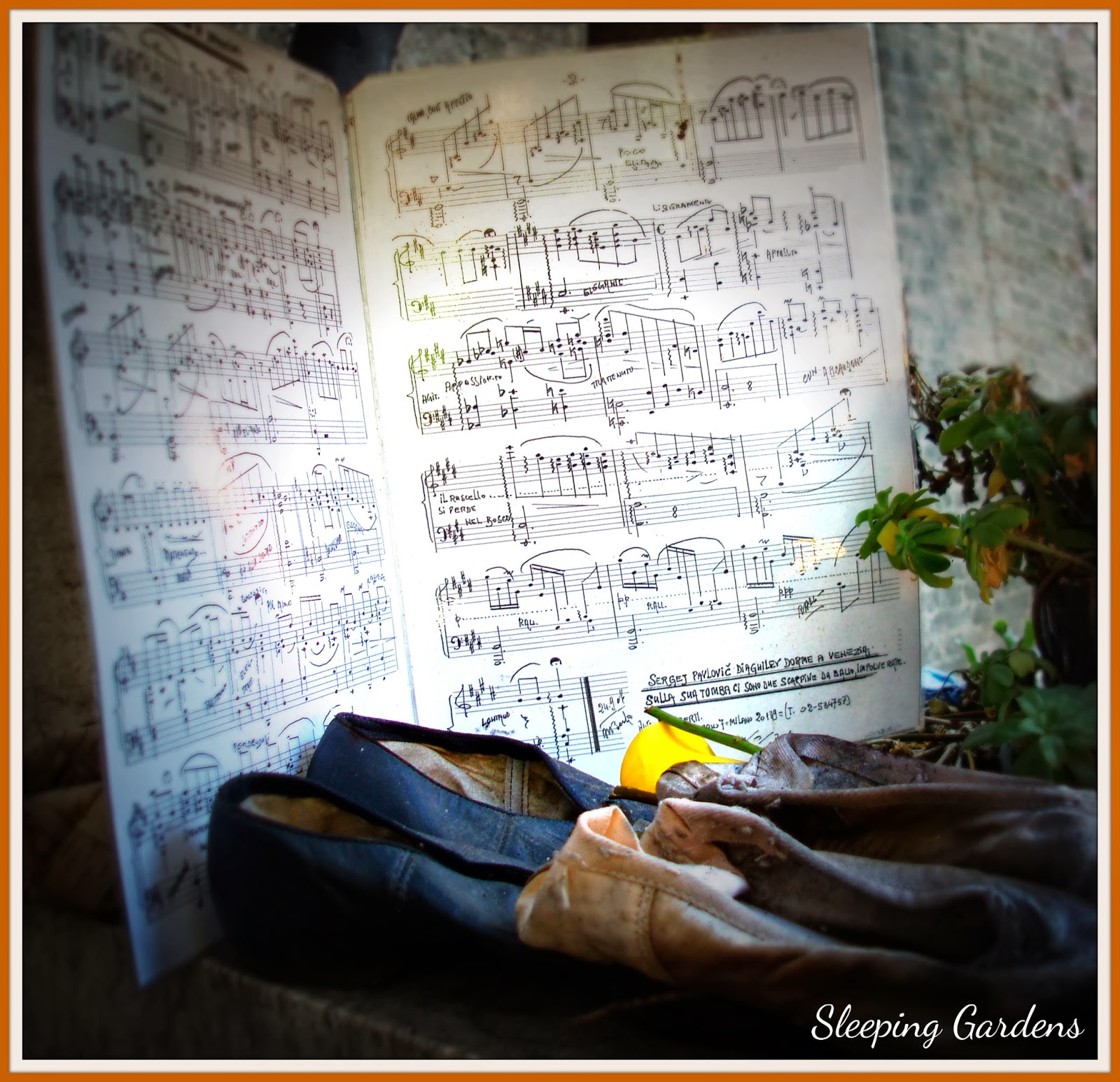 Other graves of exiles in Venice include Russian Princesses and Counts and the expatriate American poet Ezra Pound whose plot resembles a flowerbed.

Space is limited on the island, although an enlargement is under way, and burials are squeezed in tightly. Nowadays dead Venetians are only guaranteed a few years of rest on San Michele. After a period of around ten years, remains are exhumed and stored in an ossuary. Discreet noticeboards around the entrance list the timetable for exhumations. 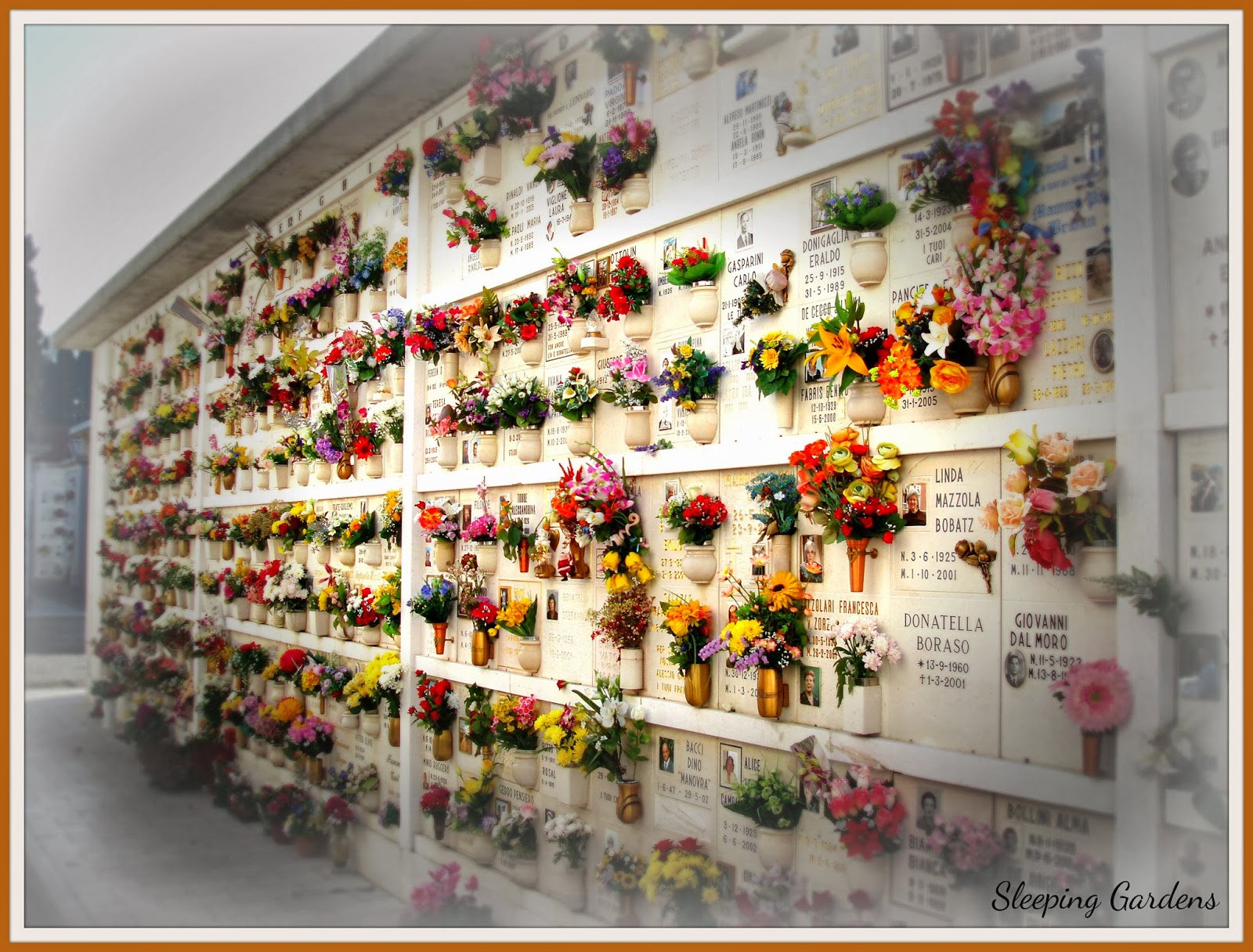 San Michele is off the northern shore of Venice, and can be distinguished by its high walls and cypresses. The island is on the route of the regular vaporetto services 41 and 42 to Murano, the stop is called Cimitero. 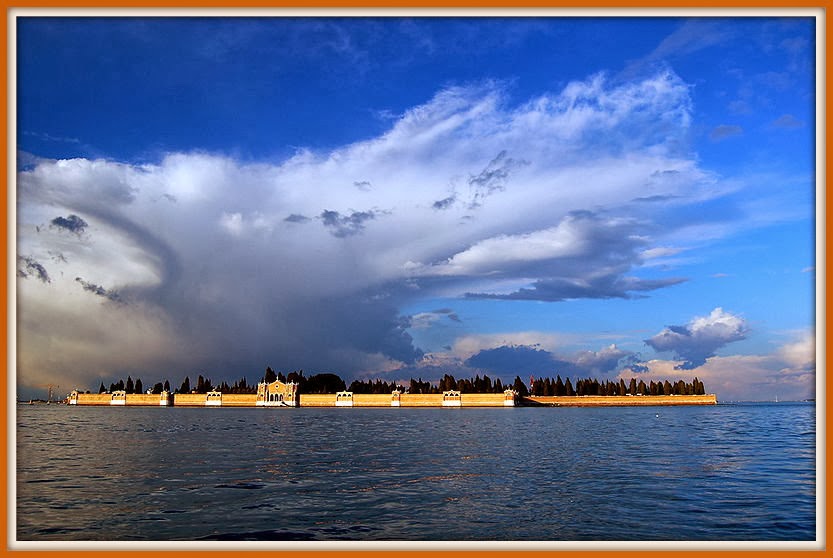 Posted by Taphophilia Catafalque at 20:14