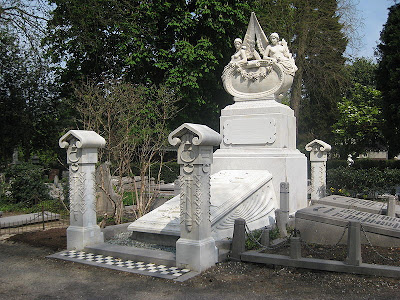 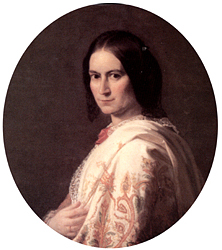 The grave of Johanna Sophia Elisabeth Otter-Knoll Cemetery on Zorgvlied is a national monument, designed by the sculptor GW Harmsen. 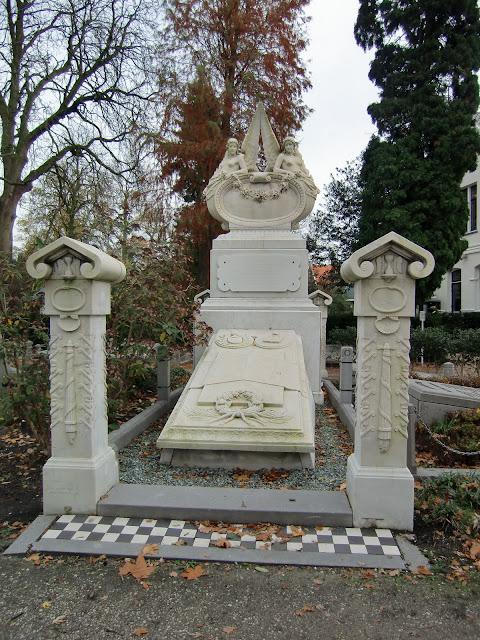 Elisabeth was raised by her maternal grandparents in Utrecht ~ her Father being a Captain in the Army. In 1847 Elisabeth married Adolph Fortgens Otter, a wealthy business broker ~ Stock, Port, Shipbuilding ~ and she went to with him to live in Amsterdam. When Adolph died in 1858, Elisabeth inherited half of his fortune and within a few years, other relatives died, also leaving their legacies to Elisabeth, who became a very wealthy woman indeed. 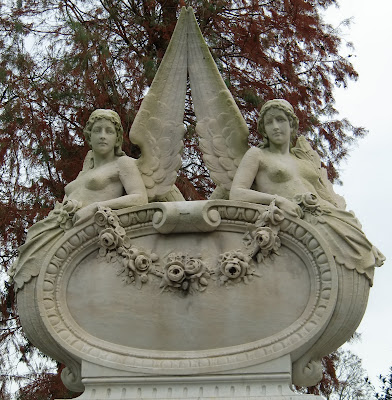 Three years after the death of Adolph, Elizabeth married Reverend Henry Luëssen ~ a contractual marriage ~ with whom travelled widely. In 1887 she was widowed for the second time.
Adolph had indicated in his will, that he wanted a portion of its assets to establish a foundation and home for elderly seamen of the merchant marine and navy in Amsterdam. But from 1860, the numbers of seaman requiring care was reduced and the plan was temporarily suspended. 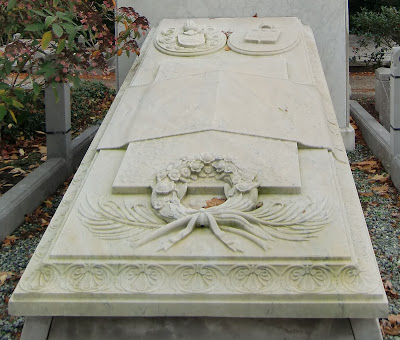 In 1886, one year before the death of her second husband, Elizabeth made her own will. She stated that her very large house would be converted into a residence for 'Poor and Indigent old sea Captains and Mates', as desired by her first husband. She did everything in detail, from how the interior of the house should look and at what times the seaman would be served their meals. Also that the visiting of ladies, would be by permission only.
In 1900, shortly before her death, Elisabeth also decided to establish a Foundation for Women from the Gentry. She said 'It is my desire to create a foundation for decent ladies that are insolvent and unable without fault in her own living. With regret, I saw ever how many times the decent good women in old age, if not much in want, still many were lacking, their old days should be quiet and care free'.
Elisabeth also left a lesser portion and land to the Amsterdam asylums and almshouses. 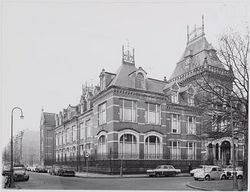 Elizabeth died on February 20, 1900. Leaving an inheritance of almost 2.4 million guilders. Clearly defined in her will, Elisabeth expressed how she wanted the fortune to be donated and that no living relative was to be included.
However, a distant relative contested the will and was later awarded 379,000 guilders, after deducting this amount, taxes and expenses, only 1.5 million guilders finally remained.
In February 1912 The Elisabeth Otter-Knoll Foundation, opened the home for Ladies of the gentry in Oak Square. Queen Emma visited it in May and was impressed by the beautiful building and its setting. 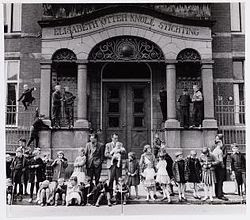 In April 1916 the second project was completed, when the Elisabeth's house was converted into a home for old sailors.

By 1982, the Elderly ladies house in the Oak Square, no longer met the required standards of the time did, and has now become a general residential care home for sixty people and a complex of 72 sheltered accommodations operated by the Elizabeth Fortgens Otter Foundation, which still operate to support the elderly of Amsterdam.
Posted by Taphophilia Catafalque at 13:20