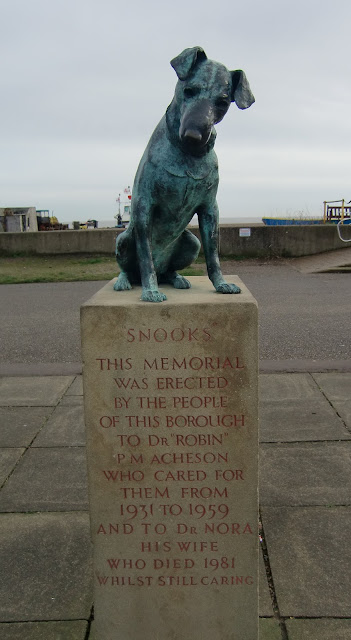 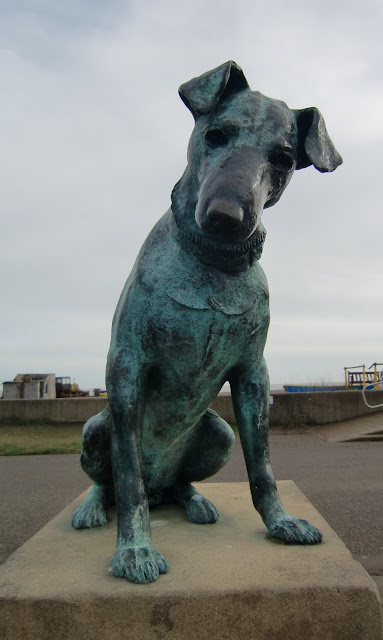 Whilst walking along the seafront in Aldeburgh, Suffolk, we met Snooks, the beloved pet dog of Doctors Robin and Nora Acheson.
However, this is not the original 'Snooks', unfortunately he was stolen from his plinth in 2003. But he was obviously loved by more than just his owners, as the town had another one made to replace it.
This picture was taken in Februaury and as we have had a particularly cold winter this year, someone had kindly knitted poor Snooks a scarf which was wrapped around his neck. So before I could take this photograph, I had to remove it, and it goes without saying, that I securely replaced it when I was done.
Posted by Taphophilia Catafalque at 00:54