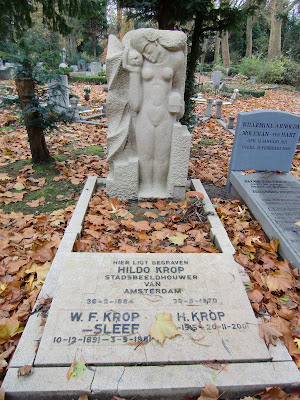 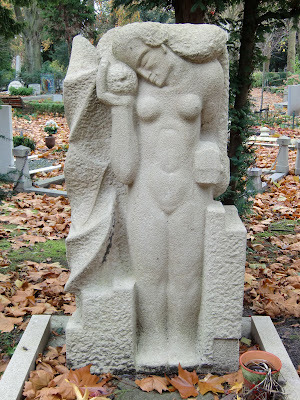 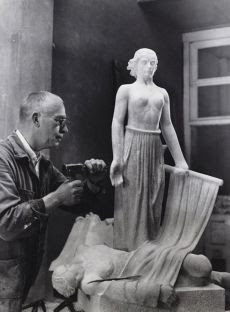 War Memorial, Steenwijk, Holland 1947
Hildo was a baker's son, but was unwilling to work with his older brother. In Leiden he took classes in making marzipan figures. He then travelled to France and Italy where he worked as a pastry chef.
Hildo was in England in 1906 and employed by a couple as a cook. He discovered his talent as a draftsman and attended summer school in art.
Upon returning to the Netherlands, he decided to become an artist and went to study in Paris. Then In 1908, he studied at the State Academy of Fine Arts in Amsterdam where he learnt stone carving from the sculptor John Rädecker. 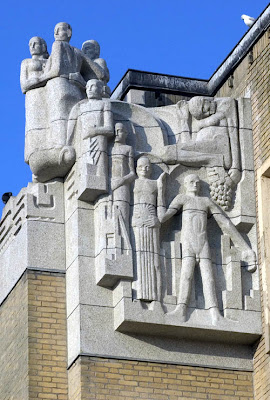 In 1910, he taught at a high school in Haarlem. In 1911-1912, he studied in Berlin and then traveled from Rome to Paris, where he joined Dutch painter Jacob Bendien. He befriended Ossip Zadkine, who taught him sculpture and direct carving. In 1913 after returning to Amsterdam, he worked as an assistant in the studio of Hendrik van den Eijnde until1916.
Hildo then became a staff member of the Amsterdam Department of Public Works. He created two groups of dockworkers in granite for a 1916 Public Works project. His work appears integrated with many civic buildings and bridges of the time. 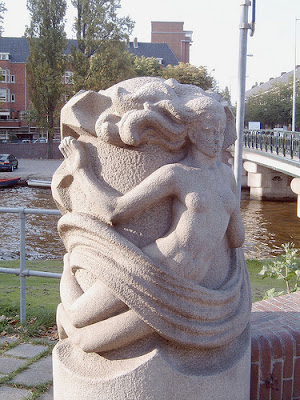 He designed exterior figures on the Scheepvaarthuis by Amsterdam School architects Johan van der Mey, Piet Kramer and Michel de Klerk are his. After this building, Krop received appointment as city sculptor. 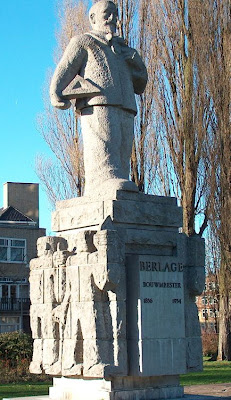 Hildo was responsible for many sculptures in Amsterdam, which include the Berlage monument on Victory Square and the plaque at the monument on the Dyke. At the Nassau Square in The Hague is his war memorial. The beautiful art nouveau villa Rams Woerth in Steenwijk has rooms that feature a varied collection of his work. Hildo Krop also designed furniture, ceramics, glass and ironworks. 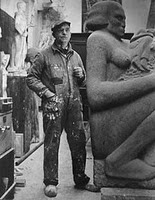 Hildo spent much of his life among communist circles. In 1921, he designed the cover for H. Roland Holst's book Soviet Russia. In 1931, he made a bust of Lenin. In 1932, he traveled to the Soviet Union where he stayed for three months.
Hildo also cooperated with Soviet intelligence agents. His first spymaster was Max Friedman. Through him, he came to know 'Ludwik' (Ignace Reiss). 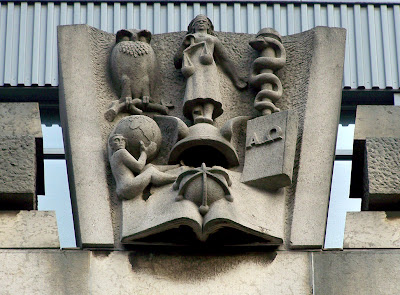 University Library, Amsterdam
Hildo was the son of Henry Krop, baker, and Johanna Louisa Cordes and he had two brothers and four sisters. On the 24 December 1914 Hildo married Frederika Willemnia ("Mien") Sleef. They had two children, a daughter and a son. A third child (son) died young.
For more information, please click on his name here Hildo Krop
Posted by Taphophilia Catafalque at 17:28