George Robert Kett OBE was the grandson of the George Kett who co-founded the architectural wood and stone carvers Rattee & Kett, and the son of George Kett JP, three times mayor of Cambridge.
George Robert married Elizabeth Coles of London in 1884, and they had three children, Catherine (b 1885), Hilda (b 1887) and George (b 1891). During World War I, George Robert ran the National Service Scheme and became Cambridge’s Executive Officer for Food Control. He was awarded an OBE for his services to the country. 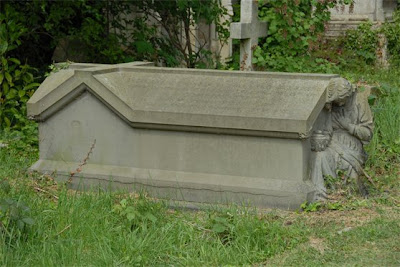 The monument is a chest tomb, with a cruciform top. At one end, carved in high relief, is a kneeling figure of Mary Magdalene holding a jar. There is an inscription to Elizabeth, who died in 1913, and George Robert, who died in 1933. The tomb lies nearby his grandfathers monument. 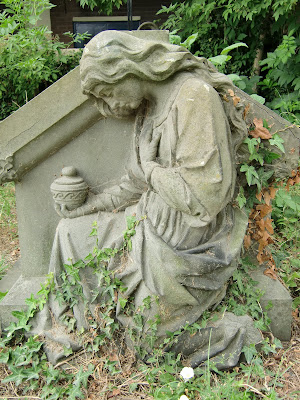