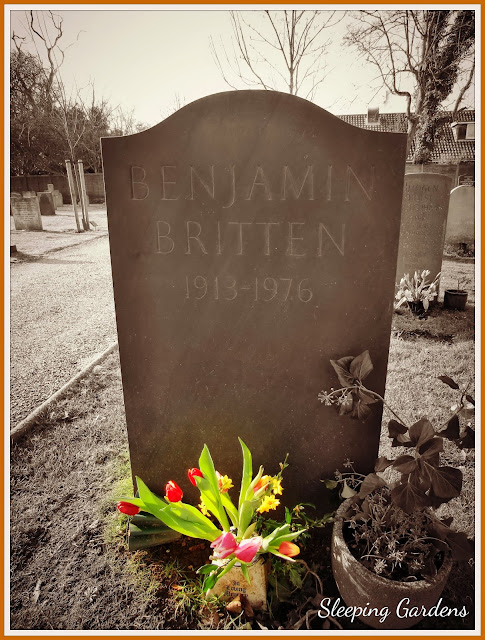 Celebrating 100 years ago today the birth of Benjamin Britten ~ British Composer, Conductor and Pianist.
Benjamin was born in Lowestoft on the 22nd November 1913 and was the youngest of four children. His father Robert was a dentist and would not allow a gramophone or radio into the house, but his mother Edith was a talented amateur musician and secretary of the Lowestoft Musical Society who held musical soirees at their house. 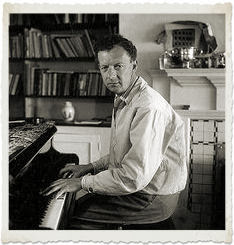 Benjamin's mother gave him piano lessons and he showed musical talent from an early age. He later studied at the Royal College of Music in London and first came to public attention with a choral work in 1934 with 'A Boy was Born'. Britten leapt to international fame in 1945 with the premier of 'Peter Grimes'.


Over the next 28 years, he wrote 14 more operas and established himself as one of the leading 20th Century composers in that genre.
Britten's other works included, solo vocal, chamber, orchestral, choral, instrumental and film music. He took great interest in writing music for children and wrote 'The Young Person's Guide to the Orchestra' in 1945.

Britten would often compose with particular performers in mind and his frequent choice was his personal and professional partner, the tenor Peter Pears.
Britten was also a celebrated pianist and conductor who performed many of his own works as well as those of other composers such as Bach's Brandenburg concertos. 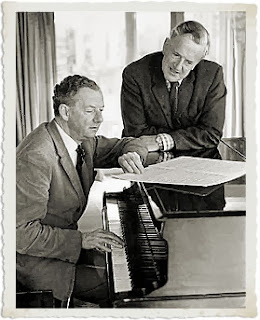 Together with Peter Pears and Eric Crozier, Benjamin Britten founded the annual Aldeburgh Festival and was responsible for the creation of the Snape Maltings Concert Hall in 1967. In the last year of Britten's life, he was the first composer to be awarded a life Peerage.
Benjamin Britten died on the 4th December 1976 of heart failure, 10 years later his partner Peter Pears rests eternally by his side in the churchyard of St.Peter and St.Paul in Aldeburgh, Suffolk. 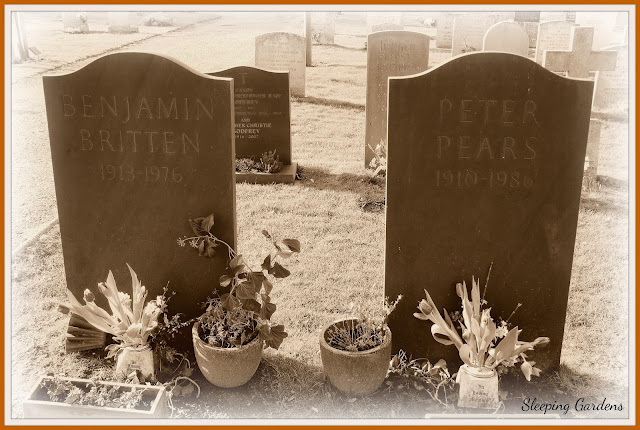 Posted by Taphophilia Catafalque at 19:14