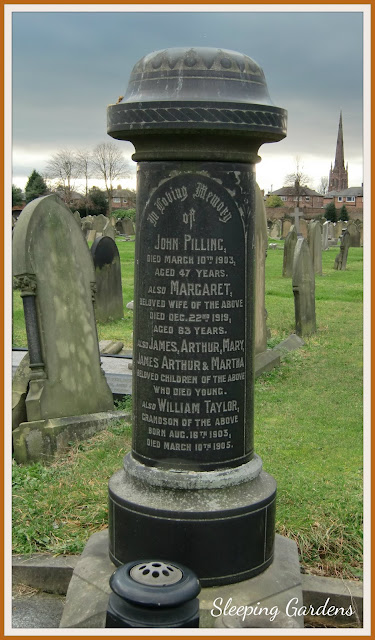 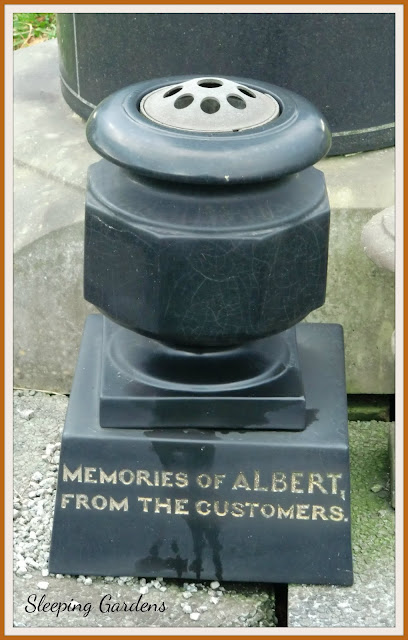 Memories of Albert
From the Customers

I noticed this unusually large pillar style monument in Warrington Cemetery, Cheshire. I have seen others in a similar style but they tend to be only half the size of this one.

John Pillings grandson William Taylor, who is named on this monument, died on the same day as his Grandfather, some two years later aged two years old.

The monumental vase dedicated to 'Albert from the Customers', stands at the foot of the Pilling pillar and is a bit of a mystery, as there is no Surname for Albert and no other reference to him on the larger grave maker.

I wonder what type of service Albert provide his 'Customers' with ?

Posted by Taphophilia Catafalque at 15:30