I Thought I Recognised This 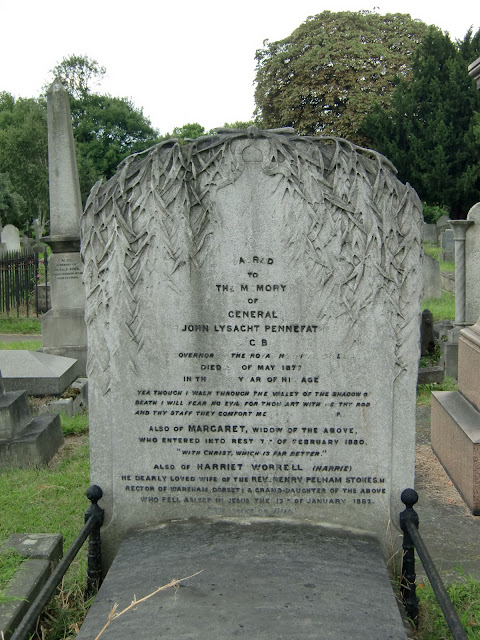 Brompton Cemetery, London
Sacred
to the Memory of
General
Sir John Lysaght Pennefather
GCB
The Governor of The Royal Hospital Chelsea
Died 9th May 1872
In the 73rd Year of His Age
~ Verse ~
Also of Margaret, widow of the above
who entered into rest 7th February 1880
~ Verse ~
Also of Harriet Worrell ( Harrie )
The dearly loved wife of the Rev. Henry Pelham Stokes.M
Rector of Wareham Dorset: A Grand~daughter of the above
who fell asleep in Jesus 13th January 1882 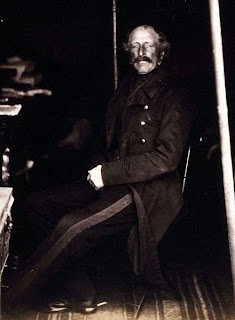 General Sir John Lysaght Pennefather GCB* B.9 September 1798 ~ D. 9 May 1872, was a British soldier who won two very remarkable victories. Firstly, at Meanee, India, where it was said that 500 Irishmen defeated 35,000 Indians.

Secondly, at the Battle of Inkerman, 5 November 1854 during the Crimean War, where he commanded a division of 3,000 Irishmen fighting in the fog were said to have defeated 35,000 Russians.
*Knight Grand Cross of the Order of the Bath

As soon as I saw the monument above, I recognised it as being veri similar to the one below from Histon Road Cemetery, Cambridge..... 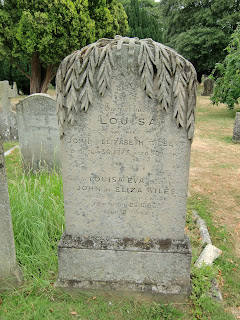 Histon Road Cemetery, Cambridge
I have shown this particular monument in an earlier posting and have always admired it because of the beautiful fine detailed Weeping Willow branches that are draped over it.
I also liked the fact that it appeared to be an original design as I had never seen another quite like it, that is until I discovered that of Gen. Sir John Lysaght Pennefather in Brompton Cemetery.


Posted by Taphophilia Catafalque at 18:30