Bunhill originates from the term 'Bone Hill' and the area was associated with burials from Saxon times.
In 1685, it was set apart as a common cemetery for the interment of bodies for which there wasn't room in their church cemeteries during the Plague. However it wasn't used for that purpose when Mr.Tindal leased it and converted into a burial place for those who practised outside the Traditional Church.

So it is a site of great historical and religious significance, as Bunhill Fields is unconsecrated ground that has been used for centuries as a burial place for Nonconformists, Dissenters, and other people who died outside of the Church of England. 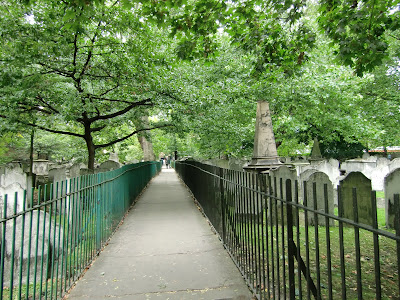 The cemetery was used until 1855 for approximately 120,000 burials, when it was taken over by the City of London in 1867 for use as a green space. Today, about half of Bunhill Fields is a park and the rest remains a fence-enclosed cemetery.
Bunhill Fields graveyard was damaged by German bombing during World War II but reconstructed in 1960. 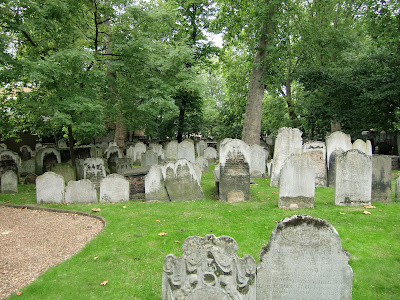 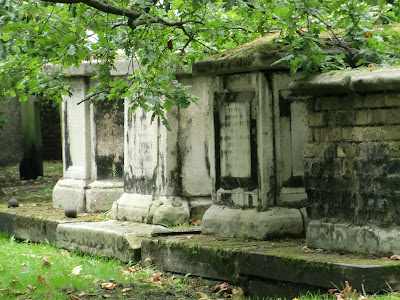 Bunhill today is a popular lunchtime spot for office workers wishing to escape the hustle and bustle of the surrounding City.
You cannot wander amongst the tombs as there are railings around them with padlocked gates, but there are benches to sit upon and the squirrels are charming and incredibily friendly. 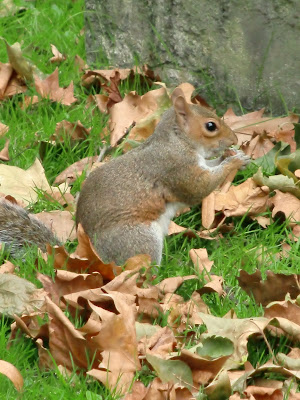 
Posted by Taphophilia Catafalque at 17:46