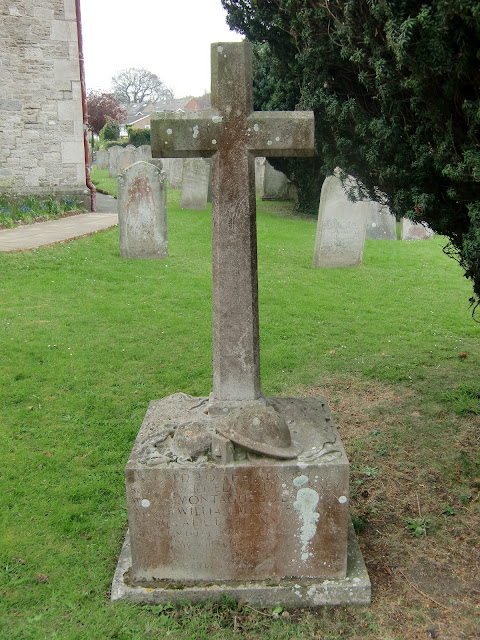 Sacred to the Memory of
Senior Warden EDWARD A. KERSEY
Warden MONTAGUE B. BRINTON
Warden WILLIAM M. COWBURN
Mrs ALICE F. HANN W.V.S
Killed on Duty during the War 1939 ~ 1945
We Will Remember Them
Erected by their Comrades of the Civil Defence
Warden and Ambulance Services East Cowes

In September 1935, four years before WW2 began,  Stanley Baldwin the British Prime Minister, issued a circular entitled Air Raid Precautions ~ARP~  which suggested local authorities should make plans to protect their people in the event of a war. This included the building of public air raid shelters. 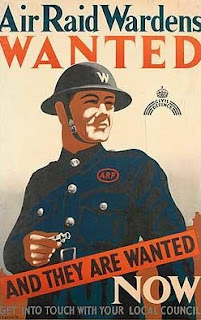 In April 1937 the government created an Air Raid Wardens' Service and during the next year recruited around 200,000 volunteers. These volunteers were know as Air Raid Precaution Wardens and their main role was to protect civilians from the danger of air~raids. 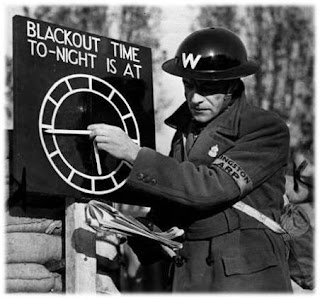 ARP Wardens patrolled the streets during blackouts, to ensure that no light was visible.
If a light was spotted, the warden would alert those responsible by shouting something like 'Put that light out!' or 'Cover that window!'. 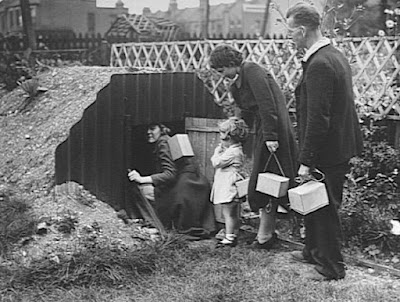 The ARP Wardens also reported the extent of bomb damage and assess the need for help from the rescue and emergency services.
They were also responsible for the issue of gas masks and pre-fabricated air~raid shelters ~ Anderson and Morrison shelters ~ they also organised and staffed the public air raid shelters. 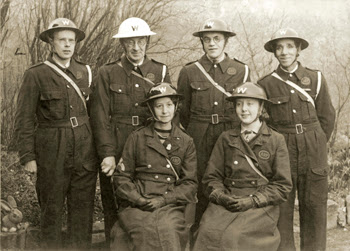 The ARP's knowledge of their local area, enabled them to find and reunite family members who had been separated after the 'All Clear siren' was sounded.
There were 1.4 million ARP wardens in Britain, mostly part time volunteers who had other full time day jobs. 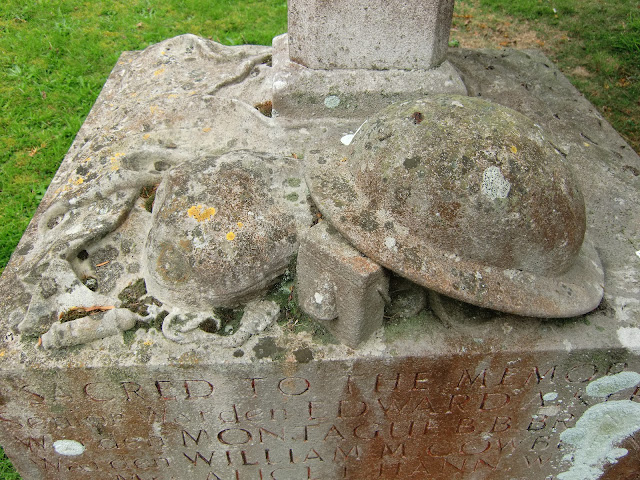 The ARP Warden was issued with a helmet with the letter 'W' upon it, a whistle or wooden rattle, a hooded torch and canteen of water as seen here carved in stone.

Posted by Taphophilia Catafalque at 10:13