Home for the Homeless 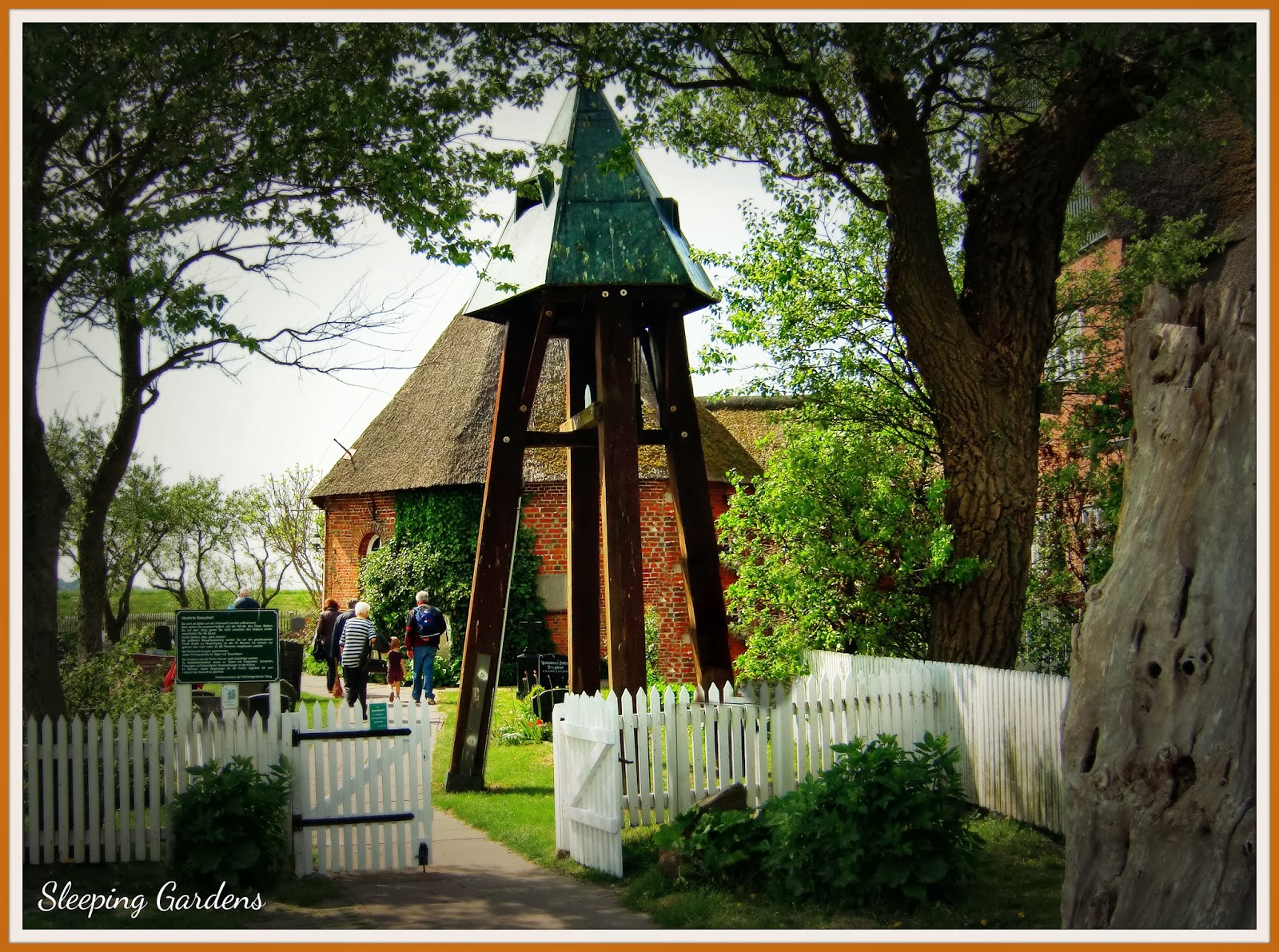 St. John's Church is located on the Kirchwarft, Hooge, Germany. In the churchyard there is a simple wooden cross, which represents the 'Home for the Homeless'. This term refers to a site where the unidentified bodies of the victims of ship wrecks or drownings that have washed ashore are given a Christian burial.
Cemeteries of the Nameless were in use during the 18th and 19th Century mainly along the coastal areas, another can be found on the nearby island of Amrum. 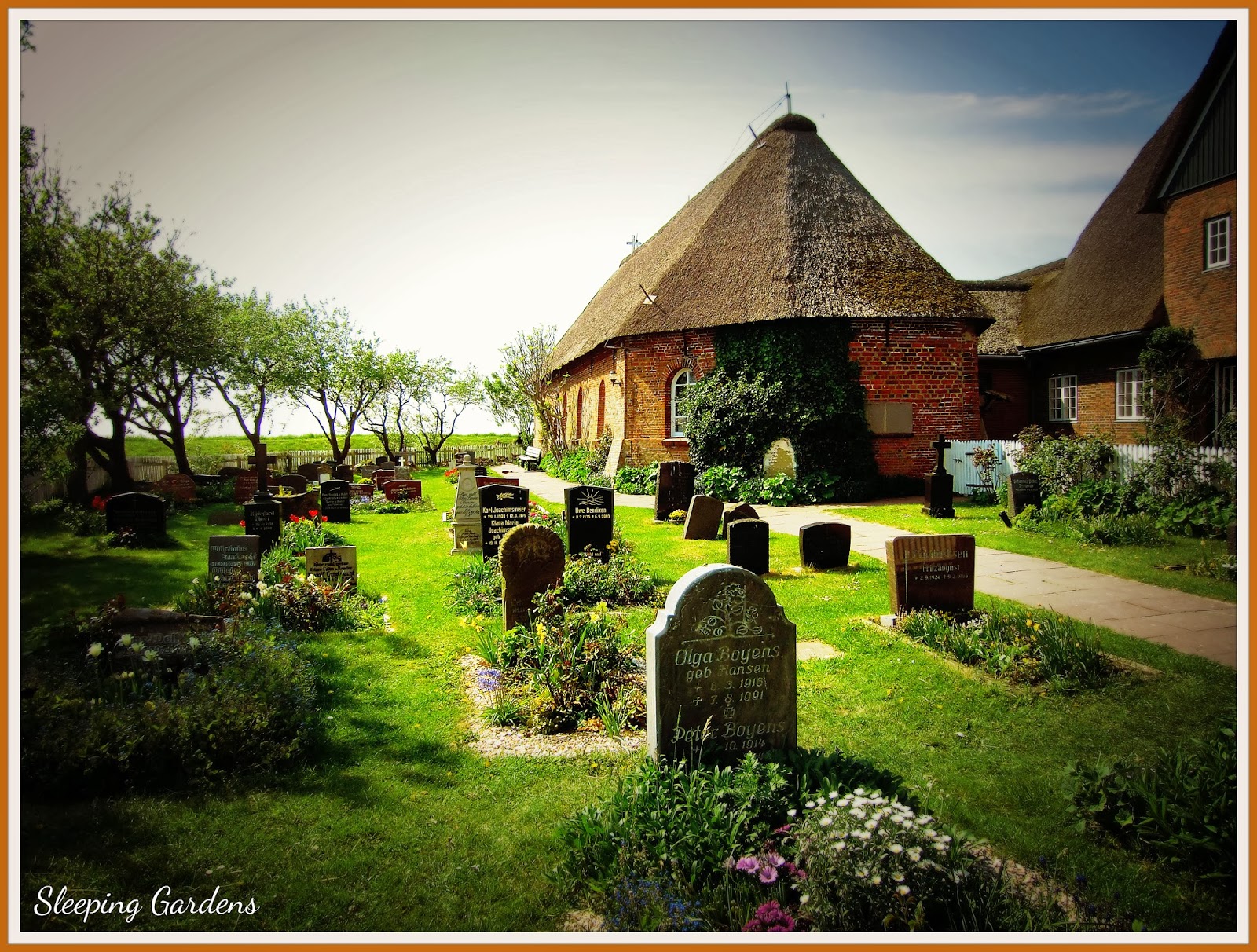 The island of Hooge consists of a group of artificial dwelling mounds known as Terps or Warft, which provide a safe ground during high tide and river floods. 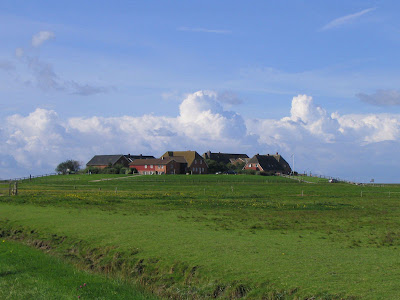 Hooge is one of the North Friesien Islands of Germany, just south of Denmark. These dwelling hills also occur in the coastal areas of the Netherlands ~ in the provinces of Zeeland, Friesland and Groningen. 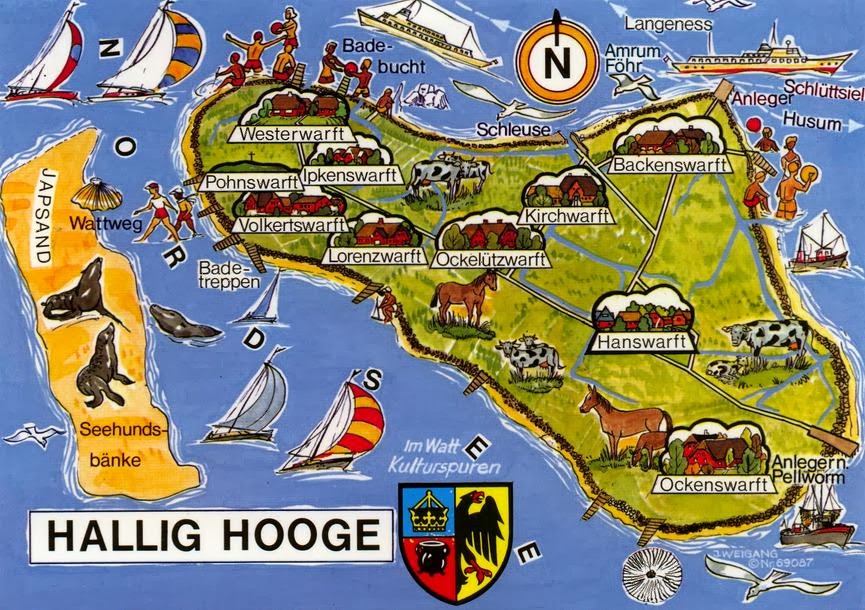 Annual flooding, causes the Terps to become isolated from one another and in particularly severe weather, flooding has rendered the Cemetery plots to literally become, Burials at Sea. 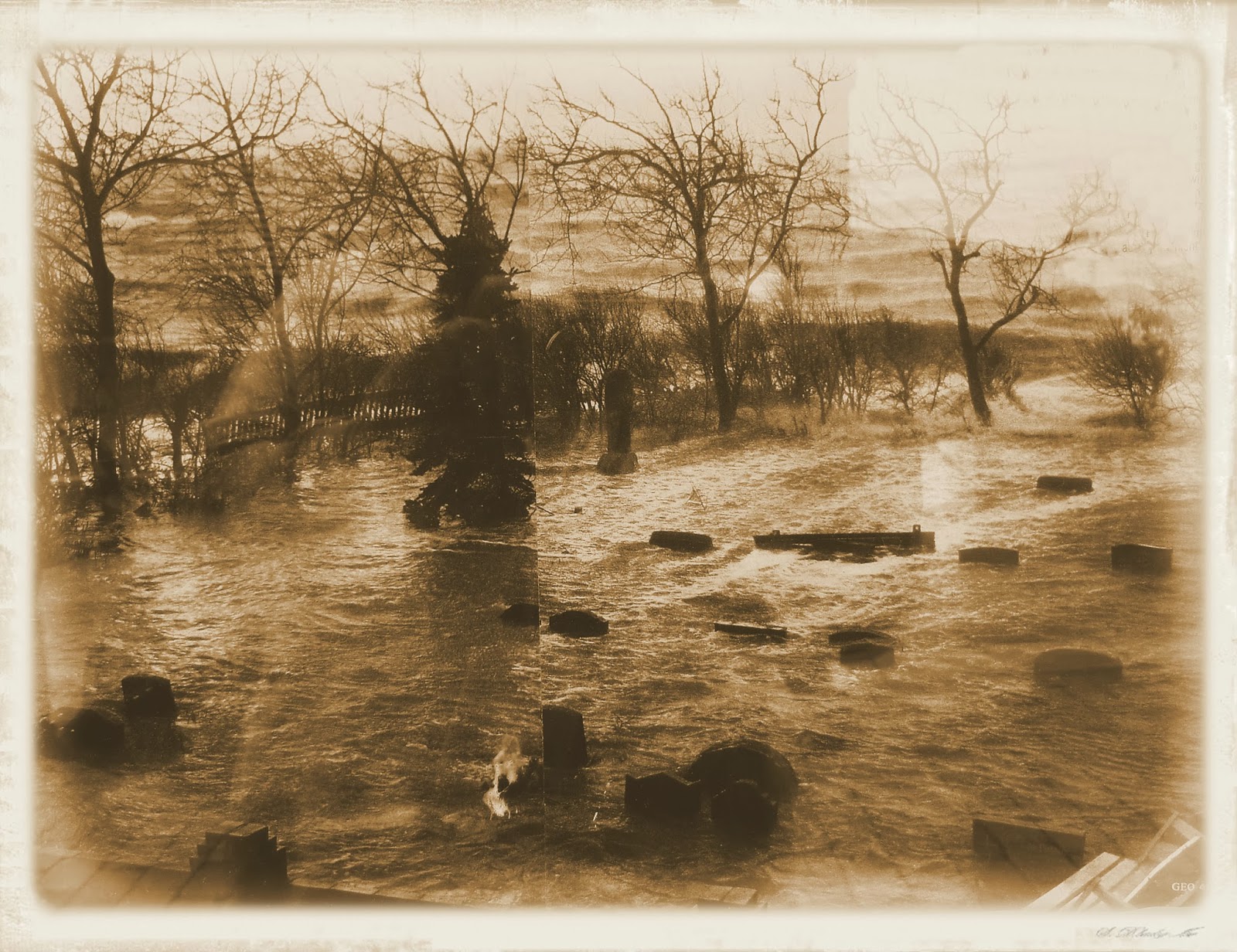 Posted by Taphophilia Catafalque at 11:52