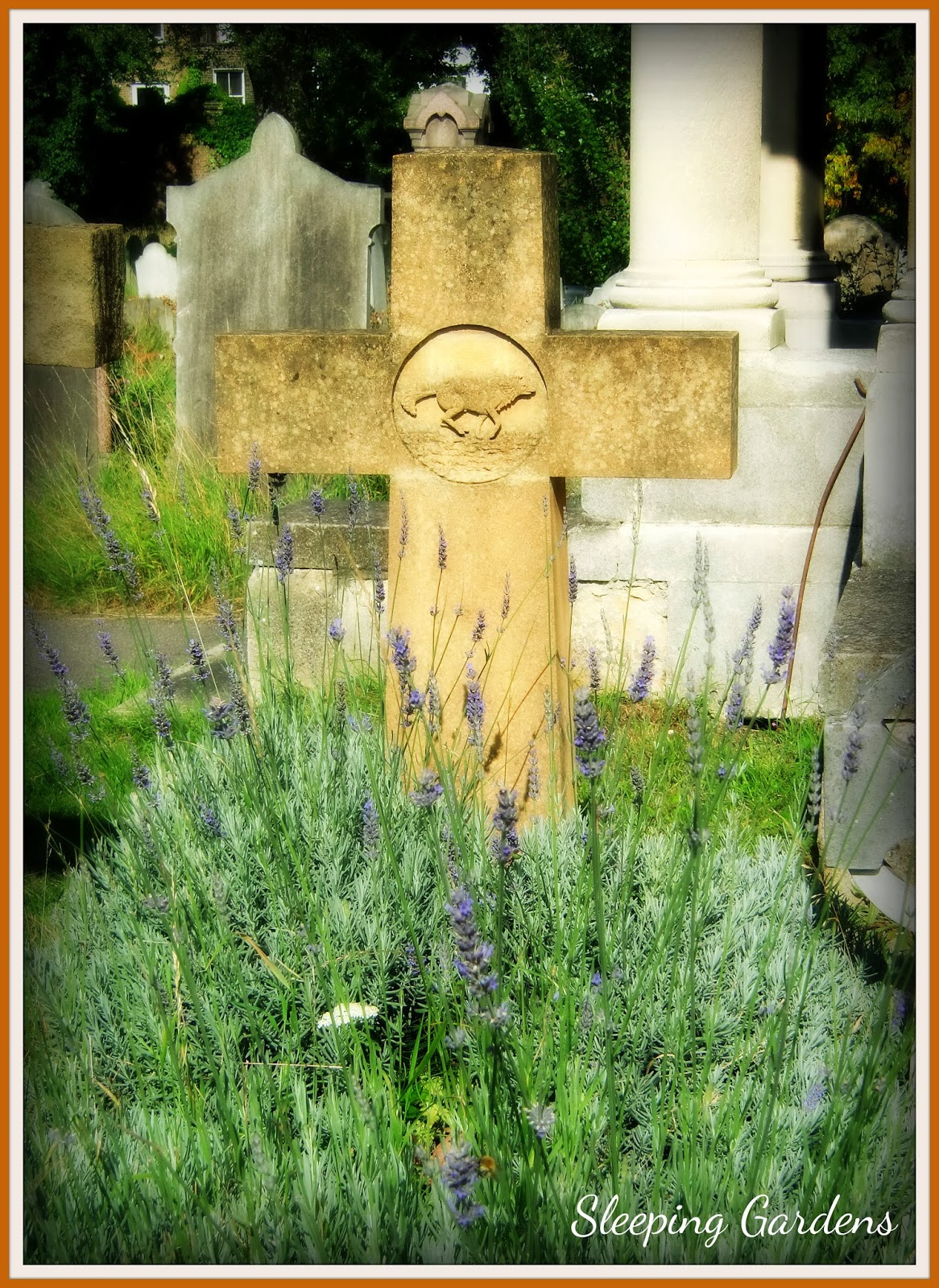 The Gravesite of Chief Long Wolf as it looks today 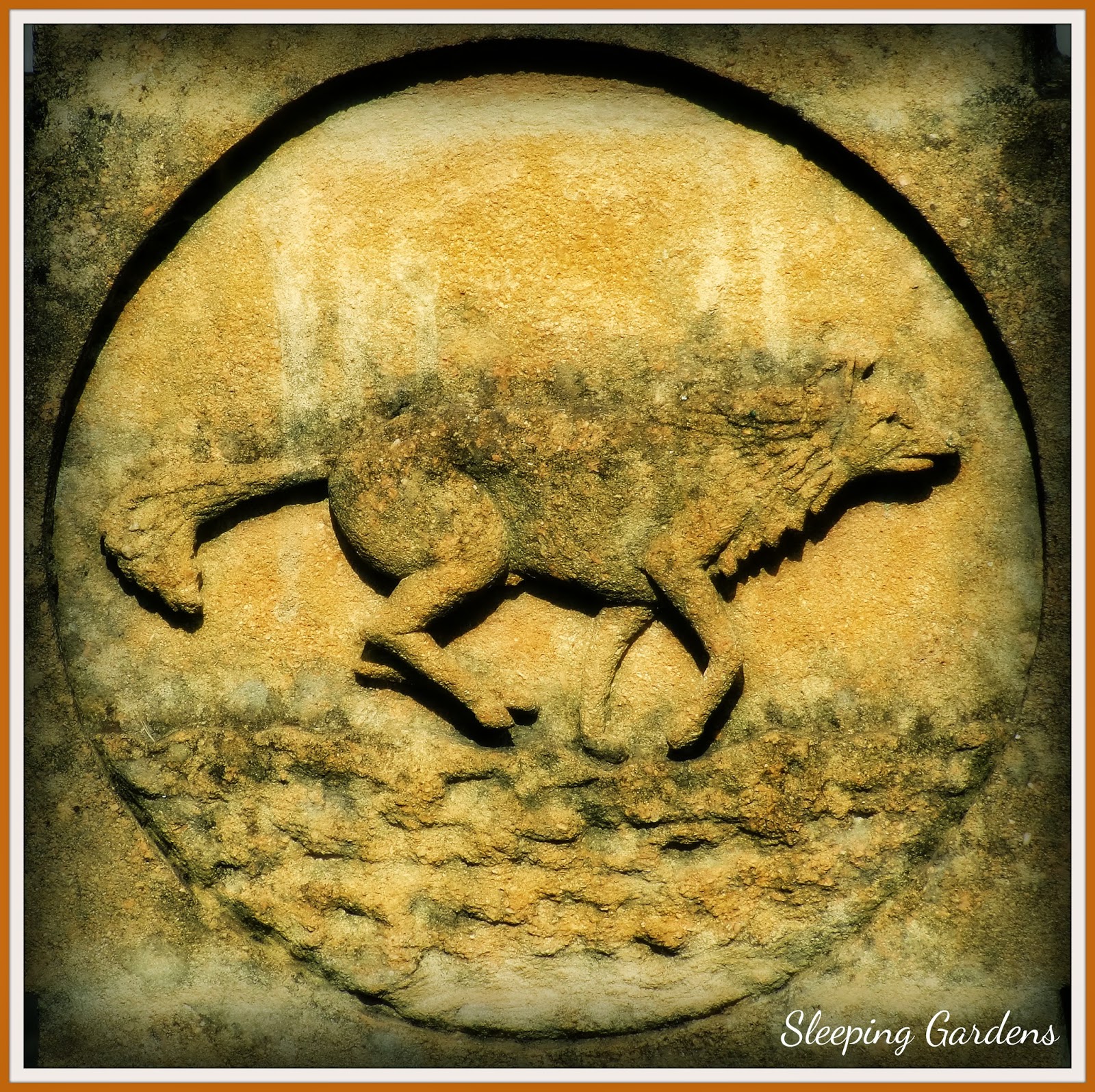 Long Wolf, an Indian Chief whose body was covered with battle scars was believed by his family to have fought in the Battle of Little Big Horn, died of pneumonia at the age of 59 in 1892 and was then buried in Brompton cemetery in London. 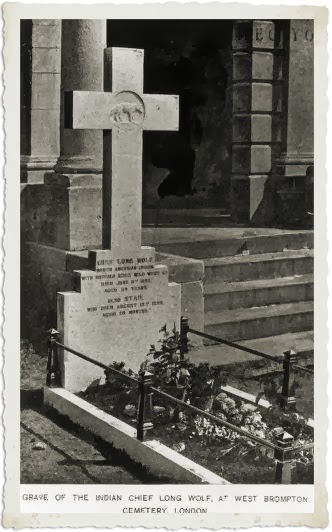 How the graveside of Chief Long Wolf originally appeared

The plot in Brompton Cemetery belonged to William Cody and so it became the final resting place for Chief Long Wolf after he fell ill with pneumonia and died whilst performing with 'Col. Buffalo Bill'  ~ in Cody's 'Wild West Show' at Earl's Court in London. 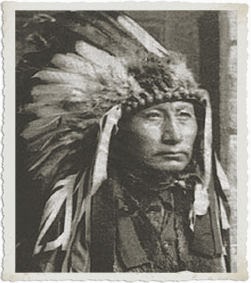 
In the 1880s, as federal troops were herding thousands of Sioux onto reservations, William Cody recruited Long Wolf and 10 others to perform in his traveling show, re~enacting battles. 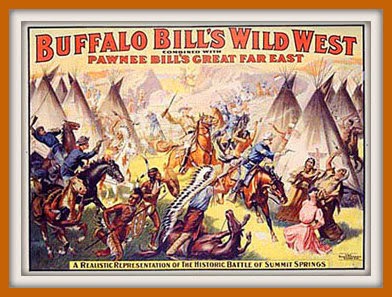 Long Wolf's dying wish was to return home and be buried in his native soil, but it never happened, as his Great Grandson John Black Feather says "Back then, they had burials at sea, they did ask his wife if she wanted to take him home and she figured that as soon as they hit the water they would throw him overboard, so that's why they left him here." 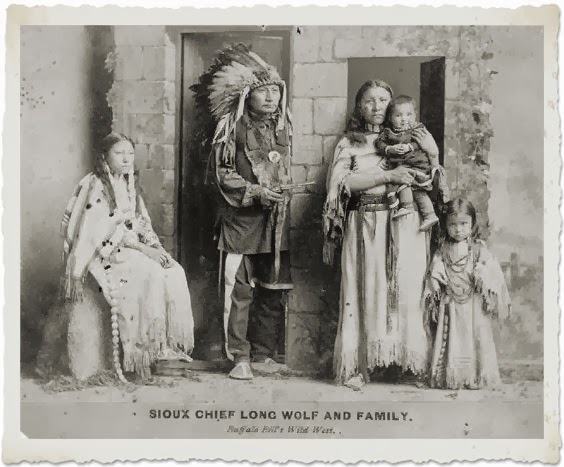 Long Wolf's grave was re~discovered in 1991 by Elizabeth Knight, a housewife from Worcestershire, who had read a second-hand book by Robert Cunningham Grahame that included a description of Long Wolf's life and burial and described the 'neglected grave in a lone corner of a crowded London cemetery'.
"This really struck a chord in me, he shouldn't be here in an unkempted grave", said Elizabeth. After finding the grave, she wrote to a newspaper in South Dakota. 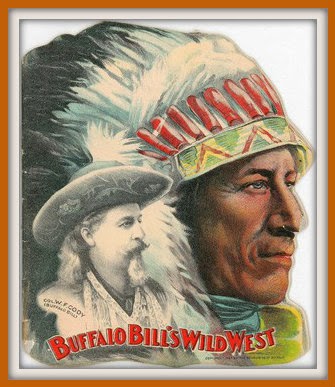 This in turn, led to the discovery of Long Wolf's granddaughter, Jessie Black Feather ~ John Black Feather's mother, who was 87 years old at the time and Long Wolf's oldest living relative. She had lost track of where Long Wolf had been buried. 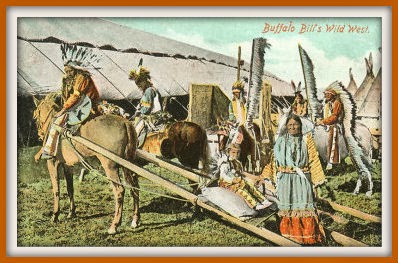 As a child, Black Feather listened to his mother's stories of Long Wolf and he said of his Great Grandfather "He shouldn't be here, returning the body to the United States is important. Our medicine men and holy men tell us that since he's buried in a foreign country with no relatives, it would be better if he was brought to his homeland for his final resting place,they figure that his spirit will never rest until he's brought home." 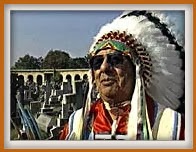 His funeral procession was led by three members of the Sioux tribe of South Dakota, ahead of them, two black horses pulled a wagon bearing the casket draped with the American and Sioux flags, that contained the Warrior Chief's remains.

After a church ceremony that combined religious rites with those of the Sioux, Chief Long Wolf's remains began their return to the ancestral burial ground of the Oglala Sioux tribe at the Pine Ridge Reservation.
It will be followed by a feast of venison and buffalo meat to celebrate his return at last to the land of his people.
"It's not a sad day for us," said John Black Feather. "It's gonna be a great homecoming for him."
Two other caskets had also been buried on top of Long Wolf's, that of a 2-year-old Sioux girl named Star Ghost Dog, who was killed when she fell from a horse in Cody's show. And that of an Englishman.
Star was re~buried near Wounded Knee and the Englishman was re~buried elsewhere. 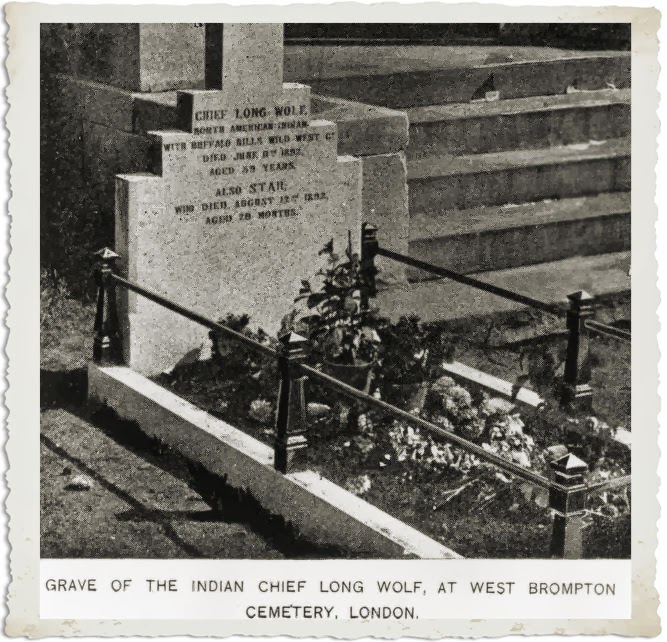 Posted by Taphophilia Catafalque at 11:02